A True Blood minion ‘Inside the writers room’

Writen by Gretchen (aka BittenByBill)

What I love about the True Blood minions is that a lot are real diehard fans (some even get into the fray when it comes to defending who their “allegiance” lies with). There are fans – and there are True Blood zealots. We’re akin to little ducklings ready to follow our idols. And that is just what the Trueblood ducklings did last week. On October 28, the Paley Center for Media, hosted “Inside the Writers Room”; featuring the creative scribes of True Blood. Truebies from far and wide came to Beverly Hills swallowing every bit of information they could squeeze out of Alan Ball. Moderator for this important summit gathering was Senior Writer Alynda Wheat of Entertainment Weekly. 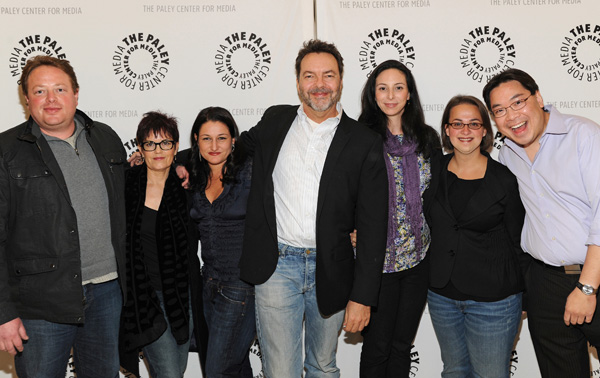 The atmosphere was amiable though some attendees report of people behaving badly – especially when it came to the mere mention of Evan Rachel Wood’s portrayal of the Vampire Queen of Louisiana. Some were even very vocal about it. A lady a few rows in front of me shamelessly told Alan that “everyone who read Charlaine’s books don’t like her.” Poor Alan just had to take the bullet for that one (“Sorry I cast her! Point it all towards me!).

Team Eric fans squealed with utter delight when it was revealed he’d be eschewing clothes a good portion of episode one of Season Three. I’m not a big Eric fan but I love me a shirtless (and might I add, “trouser less”) Alexander Skarsgård. I too had a reason to squee my butt off. Even though Bill and Sookie will be going through obstacles in their relationship this coming season, Alan reassures the Bill and Sookie shippers that their connection will never die. Huzzah! I also got a good chuckle out of Alan’s comment about Alex being a prisoner of his wig last season. Why it took them a long time to get rid of it is beyond me. I’m just glad he no longer sports the medieval page look (I’m thinking, Prince Valium of “Space Balls” fame). I should have mustered enough cojones to ask about Bill’s coiffure. How I miss Bill’s Season One, Episode 1-3 hair. I guess for now, I’ll just have to keep tying a yellow ribbon round the old oak tree for its safe return. 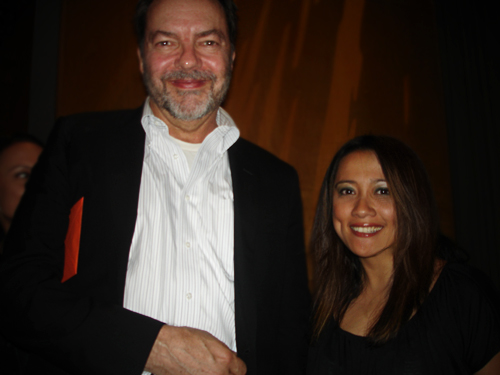 I also remember everyone in the room was united in expressing their relief when it was revealed we never have to hear from Maryann again. Thank Jupiter’s many moons for that. When Alynda interjected that the maenad’s death was too abrupt, Alan countered by saying, “you write the show then!” That’s Alan. Never too caustic and yet knows just how to put a muzzle on a niggling critic. 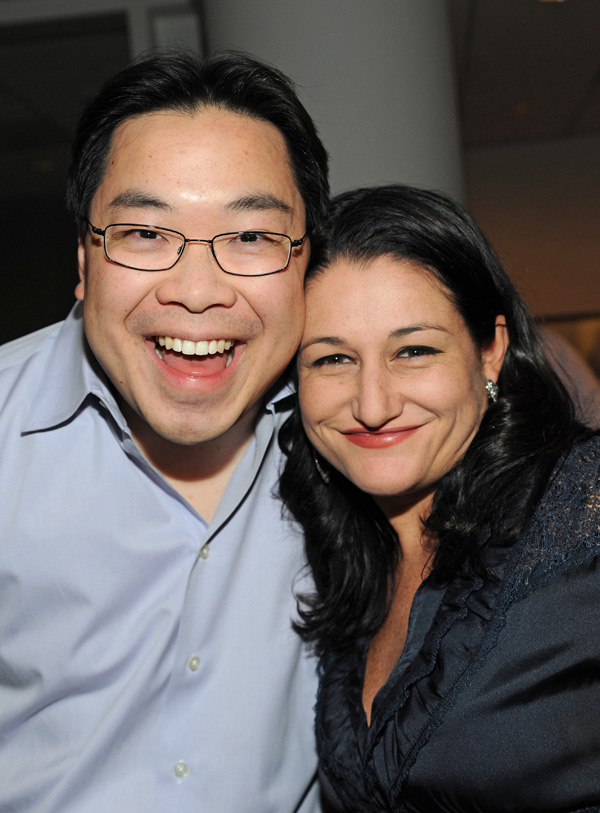 All in all, I had a great experience attending this symposium. Sure finding my way to the Paley Center was like being on a quest to find the Holy Grail but I really had an absolute blast. I even got to meet a fellow Billsbabe who flew all the way from the East Coast to participate in this event. If there was anything I would have liked happen that night, I wish I was able to participate in the Q & A portion. I raised my hand; hell, I even stretched my arm and yet no one picked me. Darn these genetically short appendages! No matter, it was highly entertaining to listen to Alan and his fellow writers and producers exchange witty repartee amongst themselves and the audience. I highly recommend attending the “Inside the Writers Room” panel for everyone. You’ll be in the company of the greatest fans in the world.