Alan Ball on Getting Back to his Roots

With Alan Ball’s departure from True Blood as it’s showrunner, we hear it hasn’t been easy for the True Blood family.  We’re standing by the show and can’t wait to see how things go this season since his departure. So, what is Alan Ball doing now?  He is getting back to his roots, that’s what. 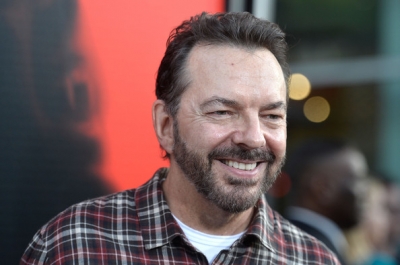 The Oscar (American Beauty) and Emmy (Six Feet Under) winning writer has been using the time wisely, putting pen to paper again in a big way.

“I’m just writing for the love of writing, getting back to what it used to be with just me and the computer,” Ball told The Hollywood Reporter at Tuesday’s season six premiere party for True Blood.

“I have a series idea that I’m working on and writing on spec and have two screenplays I’m trying to put together and I’m working on another one and then I have another one that’s halfway finished,” he says. “[The show] is unlike either Six Feet Under or True Blood; it’s very different. I’d definitely say it’s a drama but it’s too early to talk about.”

Following five years speaking in front of hundreds of people and doing countless interviews at the annual bash to launch the vampire drama, Ball was considerably more relaxed without the pressure of introducing the season to industry insiders.

This season, writer-producer Brian Buckner — who has been with the series since its first year — is taking over as showrunner after replacing Mark Hudis who was set to take over the show from Ball.

“I told him, ‘I’m available but I know that you can do it and call me if you need me,'” Ball said. “But I’m not going to try to shoehorn in there. I left the show because I needed a year off and I think they’re doing great work. My advice is when you get overwhelmed; just remember it’s just a television show. It’s a big television show and a really hard one to put together but don’t let it destroy your life.”

I’d say that Alan provides some good advice here, let’s hope that the season is as good as we want it to be. Can’t wait for Sunday night.