Alan Ball to be on Iconography with several True Blood Cast 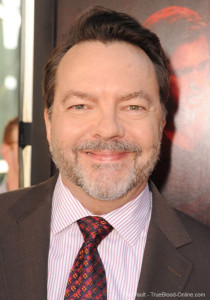 Academy and Emmy-Award winning writer and Executive Producer of True Blood, Alan Ball will be featured on the next installment of Iconography, an exclusive series that honors the life, career, and impact of iconic personalities. Best known for his work on American Beauty, Six Feet Under, and True Blood, Ball has played an influential role in recreating American entertainment. Don’t miss this OutQ exclusive where Ball describes it all in his own words, as well as interviews with Oscar winner Anna Paquin, actor Stephen Moyer, Oscar winners Bruce Cohen and Dan Jinx, and Tony award winner Denis O’Hare.