Alan Ball’s New Projects: “I am Chippendales” and “I Dream of Gene” 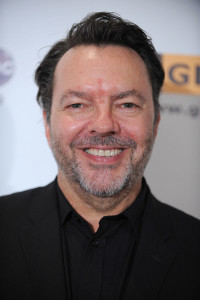 True Blood creator Alan Ball may have left the show, but he has kept himself busy as he starts two new film projects for his return to the big screen. Ball has scripted and will next direct I Am Chippendales, an adaptation of the Rodney Sheldon book and will then direct I Dream Of Gene, a broad comic tale that’s Ball’s contemporary take on the genie and the lamp. Below is more information about these two projects.

Chippendales tells the story of Steve Banerjee, an immigrant who went from pumping gas in Culver City to running a high-end nightclub that evolved into Chippendales. As the male stripper concept became a phenomenon in the 1980s at the height of the women’s lib movement, Banerjee was consumed by excess and competition. After hiring a New York choreographer to polish the all-male dance troupe, Banerjee became wildly rich, and just as paranoid. Banerjee hired a hit man to murder the choreographer when negotiations went sour. After being arrested, Banerjee died in jail awaiting trial.

The intention is to start shooting in January and casting is underway. UTA, which reps Ball, will rep domestic rights on the film. David Permut, Alan Ball and Adam Brawer will produce. David Beitchman of Sentinel Pictures, Peter Saphier, Sheldon and Permut Presentation’s Chris Mangano will serve as executive producers. The film will be a co-production between Permut Presentations, Sentinel Pictures and Your Face Goes Here Entertainment.

I Dream of Gene

Ball and his Your Face Goes Here Entertainment is teamed with Michael Costigan’s COTA Films banner on I Dream Of Gene, a contemporary broad comedy that Ball scripted about a lost man who becomes the master of an irreverent male genie. Surprisingly, the subject matter isn’t dark like most of Ball’s recent work. The plan is move right from project to the next. Costigan, Ball and Ben LeClair will produce Gene through COTA Films and Your Face Goes Here. UTA will sell that film as well.