Alexander Skarsgård is all over promoting his upcoming films

The latest with True Blood’s Eric, Alexander Skarsgård is his press junket to help promote his new film, “Diary of a Teenage Girl.” Opening in New York and Los Angeles August 7, The Diary of a Teenage Girl (101 minutes, R) features a star-making performance from Bel Powley as Minnie Goetze, a teenager who hungers for sex and love in 1976 San Francisco. Alexander is Monroe Rutherford, the boyfriend of Minnie’s mom who also ends up as Minnie’s first lover.  He also did an audio interview below about his other upcoming film, “War On Everyone.”

In July, he attended the LA Times Indie Focus advanced screening of “The Diary of a Teenage Girl”, along with co-star Bel Powley and director Marielle Heller. After the screening they took part in a Q&A session.

Below are a couple of photos courtesy of Skarsgardfans. Go to their website to see additional photos of Alex at this event.

This past week, Alex has done the following to help promote the film:

An interview with The Standard where he talks about why life after True Blood tastes so sweet.  Below is an excerpt from that interview: 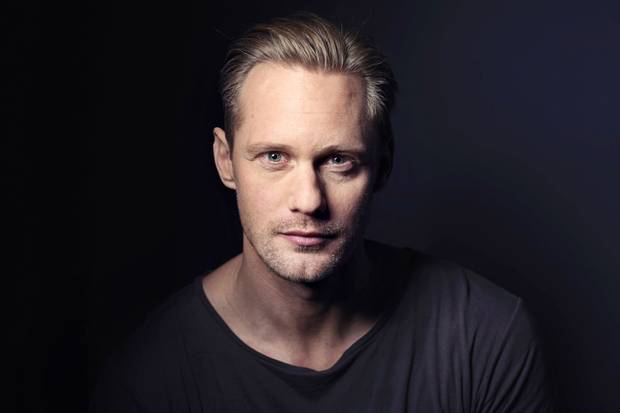 Sexism is a big problem in Hollywood,” says the actor who made a name for himself as the hot vampire Eric in the TV series True Blood, winning everyone over with his perfectly hewn jawline and Scandi swagger. “Boys can talk about sex and have sex in films and it’s cool but when girls do it they are just sluts. It’s so prudish and puritanical. Hollywood is difficult for women — people making films want super-hot, young girls, and then there are fewer great roles for women aged over 40.”

We have met to discuss his new film, Diary of a Teenage Girl. Set in Seventies San Francisco, it is “a coming of age story” about 17-year-old Minnie (Londoner Bel Powley), who begins an affair with a man called Monroe (played by 38-year-old Skarsgård), who happens to be the boyfriend of her mother (Kristen Wiig).

The sex scenes in Diary have caused a ratings row. The British Board of Film Classification has given it an 18 certificate because it contains what it calls “strong sex” but the film’s writer and director, Mari Heller, calls the decision “disappointing”. Wahida Begum, from the film’s distributor, Vertigo Releasing, said: “The film has been viewed purely by men at the BBFC (British Board of Film Classification) and they have missed the point of the film and its message.” Heller has said it was made “by women, for women of all ages”. 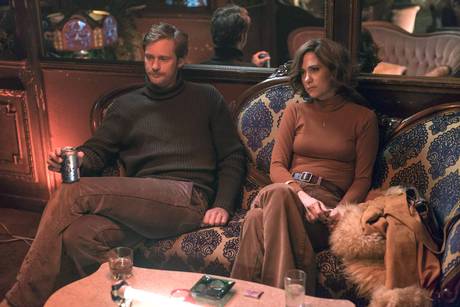 “Mari Heller doesn’t give a f**k about the status quo,” says Skarsgård, sipping loose-leaf tea. “Voices like hers might break the barrier [of sexism] — or  shatter it at least. It isn’t a traditional Hollywood movie, and when we filmed it no one was making decisions based on what would be commercially  successful.

While there he also discussed his other upcoming movie “War On Everyone,” which co-stars Michael Peña and is directed by John Michael McDonagh.

And finally, MARK YOUR CALENDARS – Alex will also do a future appearance on August 7 to promote Diary of a Teenage Girl by appearing on the Kelly & Michael Show.