Ohlala… Alexander Skarsgård is featured on the GQ that will hit the newsstands on May 24. 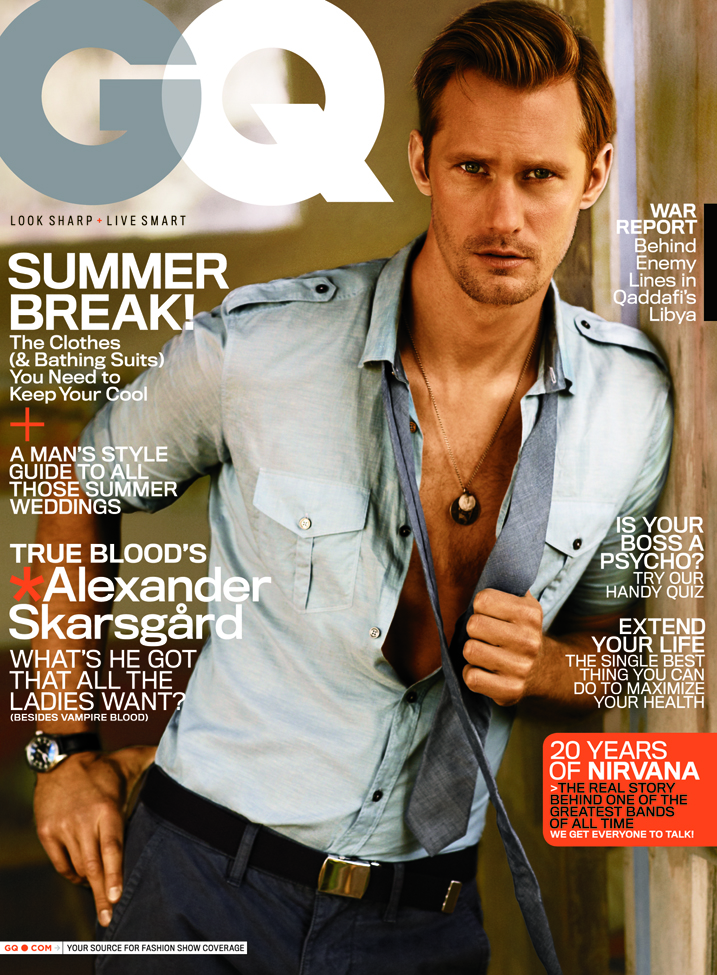 What does Alex say about his intimate scenes with Anna Paquin? “It’s really clear to Steve and to everybody else what the deal is—which is that Anna is like a sister to me,” Skarsgård says. “Those love scenes take quite a bit of acting, actually. A lot of acting.”

…on why he decided to join the Swedish military:
“It was my way of going off into the unknown,” he says. “I didn’t want to just be somebody’s son.”

…on LA versus his native country:
“You walk into the coffee shop, and the girl asks how your day is. When I first moved here, I loved that. I know it’s shallow and superficial and she doesn’t give a f*ck about my day, but I still like it,” he says. Sweden, by contrast, is more reserved. “It’s difficult to get to know a Swede. But once you do, you’re in,” he says. And there’s a stronger sense of boundaries. “You’re never going to see a television show The Skarsgårds.”

…on his famous father, actor Stellan Skarsgård:
“I don’t think I came to acting to compete with my father. But, you know, he wasn’t around as much as normal dads, and seeing his passion…Maybe it was a way to get his attention… I mean, if anything, we’re trying to take care of him. He’s over the hill.”

Stellan on Alex and his brothers:
“Of course I’m threatened,” he says of his sons. “They’re younger, they’re better-looking, and they’re all trying to kill me.”

You can read the 3 page interview on the GQ website. 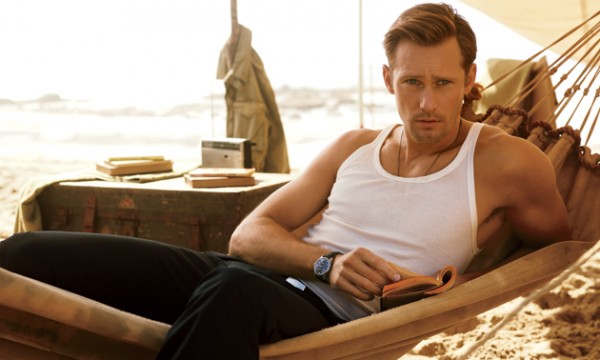