Alfre Woodard looks lovely as she attends the 2011 Primetime Creative Arts Emmy Awards at Nokia Theatre on September 10, 2011 in Los Angeles, California. At this event, in addition to the creative awards, they also announced the “guest actress” categories. Unfortunately Alfre didn’t take home the statuette which went to Loretta Devine as Adele Webber in  “Grey’s Anatomy.”

Alfre Woodard is the only True Blood Cast member to be recognized with a nomination at this year’s Emmy’s. She was nominated for the catagory of Outstanding Guest Actress in a Drama for her role of Lafayette’s mother in Season 3. 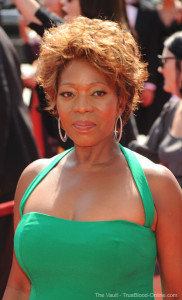 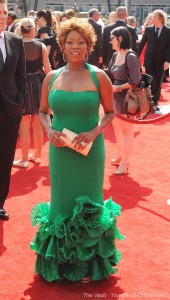 True Blood was also nominated for three other creative awards:

However, the awards went to other programs, but as we like to say, “True Blood continues to be, and is always a winner to us!”