Another Rumor NOT TRUE about Rutina Wesley 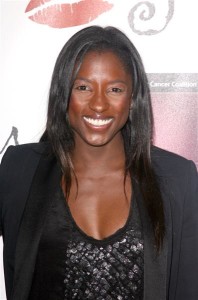 There sure is a lot of speculation about Rutina Wesley’s return to Season 5 of True Blood.  Last week we dispelled the rumor that Rutina was to be in the upcoming film, by director Ridley Scott, Prometheus.  Now, we’ve seen a post on a Walking Dead message board that said the following about Rutina with a photo of her attached:

“We have received word from one of our sources that a certain actress from A show called true blood will be playing Michonne in the Walking Dead TV series, scheduled to make her debut on the very last episode of season 2.

( NOTE: This is not confirmed just coming from our source, who has always been spot on in the past, but we will wait and see).”

We have learned, “exclusively” from Rutina’s representatives, that, once again, this is not true.”  They said that she: “Likes the show, but not true.”

With all these rumors being declared as untrue it seems even more possible that Rutina will be back on True Blood for Season 5.  Can’t wait to find out!