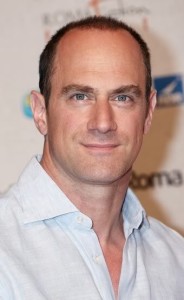 Last year, you may recall that Stephen Moyer participated in the Toyota Pro-Celebrity Race in Long Beach, CA and earned $15,000 in prize money for his charity Facing the Atlantic by coming in with the fastest lap in Friday’s race for position. This also meant that he had won poll position (first position), for the next day’s race. Unfortunately, Stephen had to back out of the race at the last minute after the now famous “car flip;” because of insurance reasons. Even so, he was later listed by Yahoo Sports as a top celebrity race car driver.

This year another True Blood cast member is going to race, Season 5’s newest vampire, Christopher Meloni. Christopher will race at the event which takes place in mid-April. Here’s more information about it:

For the 36th year, the Toyota Pro/Celebrity Race will field a glamorous array of Hollywood’s elite in an action-packed race for charity—and the glory of the winner’s circle. On Saturday, April 14, stars from film, television, music, sports and fashion will get behind the wheels of identically prepared, race-ready Toyota Scion tCs to drive the historic 10-lap, 1.97-mile street circuit through the streets of downtown Long Beach, Calif.

This year’s field will compete in what has become the world’s longest-running, most prestigious celebrity racing event, and includes the following popular entertainment, media and sports personalities: