Behind the Scenes: Fang Novice and Lick the Neck

For me, the funniest scene of last week’s premiere episode of Season 5 was when Rev. Newlin declared his love to Jason. Learn more below about how that scene from the director of the episode Dan Minahan who talks about how Michael McMillian playing Rev. Newlin as a vampire and that he had to adjust to the fangs.  Also hear Ryan Kwanten talk, in the video, about how he told Michael he could pretty much do as he wished including licking him.

“Michael was excited to have fangs but he was kind of a novice at them, so he would tend to overuse them in a “Blacula’ kind of way. We tried to encourage him to use them more simply. But he’s a new vampire. So he was kind of feeling it out? 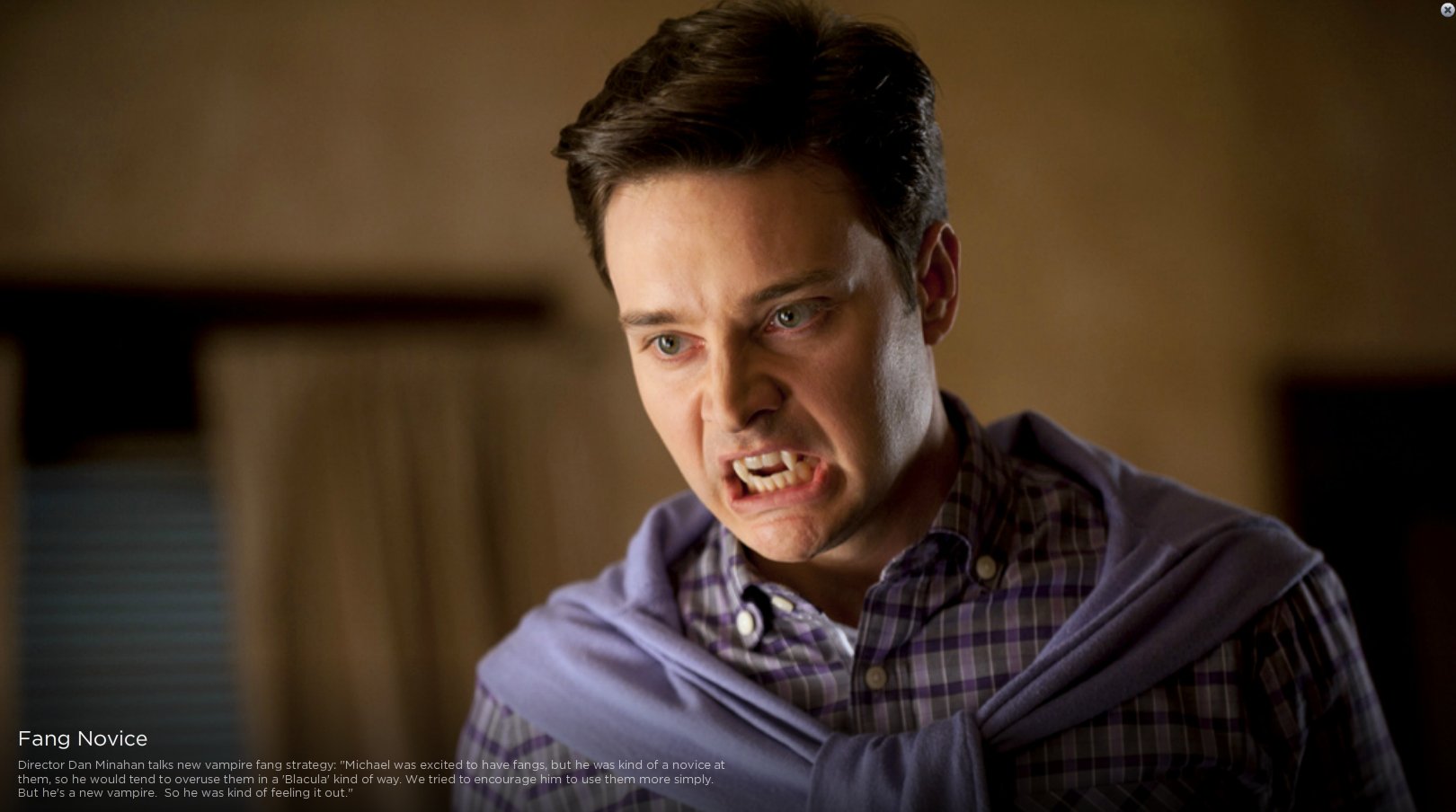