As you may remember, last week when we posted the photos of what the characters of True Blood would look like in the new comic book, along with Alan Ball’s video about it, it was difficult to see them clearly because IDW’s banner was photographed from the side and was obscured by the rest of the booth.  However, before the con ended, IDW moved the banner, and hung it on the opposite side of the booth, allowing Fearnet’s intrepid photographer Sophia Quach to nail a good shot of how the True Blood cast will appear in the comic.  Here’s a better look as they were able to get it: 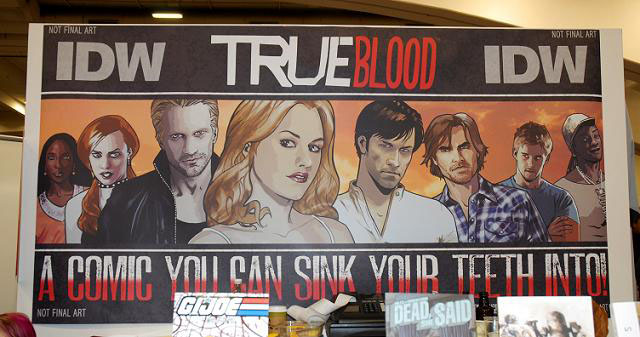 And here’s a close up of Sookie from the banner: 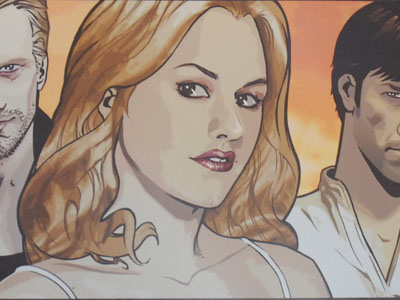 True Blood issue 1, the first of a six-issue comic series (each issue 32 pages priced at $3.99), will debut in July at the San Diego Comic-Con.

You can pre-order the comic book in the HBO online shop.

Thanks to Fearnet.com for sending us the information.