If The Characters of True Blood Played Texas Hold’em

Throughout the years, the sci-fi and supernatural fans have seen countless television shows and movies about their favorite genres. But for vampire fans, True Blood has set some pretty high standards. And although the series ended only last year, fans of the show and novels will continue talking about the beloved characters for a long time. From sharing creative fan fiction to attending conventions with the most creative cosplayers, there is no doubt that True Blood has taken the hearts (pun intended) of many mortals around the world. 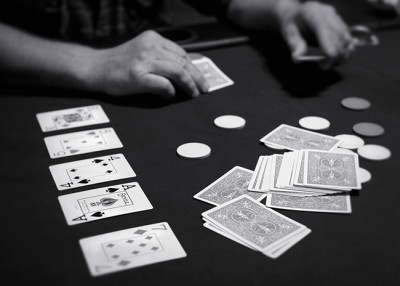 We’re all likely familiar with the term “fan fiction,” but many fans will actually take it a step further and bring these characters into real-life scenarios, which leads us to the topic of discussion: what if the characters of True Blood played Texas Hold’em? What kind of players would they be? Would Sookie Stackhouse take advantage of her telepathic powers for her own gain? Would Bill Compton utilize his mysteriousness to get an edge over the competition? Would Jason Stackhouse use his charm to dazzle his opponents at the table?
For True Blood fans all over the world, let’s take a look at how these characters and their personal traits would match up in a game of Texas Hold’em: 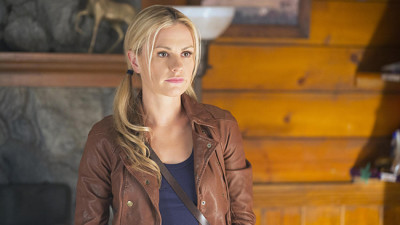 When it comes to distinguishing the different types of Texas Hold’em players, they typically fall into 4 different types: tight-aggressive, loose-aggressive, tight-passive, and loose-passive. For anyone who watched at least one episode of True Blood, it would be difficult to deny that Sookie Stackhouse would be the tight-aggressive player at the table. As the protagonist of the series, and a telepathic to her closest friends and family, Sookie has a difficult time connecting with her own kind: humans.
Right from the start, viewers immediately recognize how cautious Sookie is when it comes to revealing her vulnerabilities, that is, until Bill Compton makes his entrance in Merlotte’s, the restaurant Sookie works at as a waitress. Throughout her entire life, she was never able to find a peaceful moment to herself because of her ability to read minds. However, Bill Compton was different, and as soon as she discovered that Sookie wasn’t able to read Bill’s mind, she almost immediately became romantically involved with him. And although humans dating vampires sparked a significant amount of controversy in Sookie’s hometown, that didn’t stop her from getting what she wanted, which is exactly why we can see her as a tight-aggressive Texas Hold’em player. 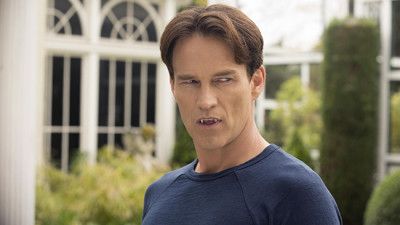 Turned into a vampire against his will during the American Civil War, Bill Compton is probably one of the most mysterious characters in the series. Though he is considered to be outwardly expressive of his emotions, he also knows when he should hold back, as he did so many times throughout the series. For this reason, as well as many others, Bill Compton would be the tight-passive Texas Hold’em player. He knows how and when to take risks, but he also knows where his priorities lie.
Throughout the series, Bill often shows more compassion for human life than his own kind. First sent to Louisiana to seek out Sookie and research her Fae heritage, he never expected to form such a deep connection with a human. However, once Sookie discovered the horrible truth — that Bill was assigned to bring her back to a powerful vampire queen — Sookie banishes Bill from her life. Shortly after, the same vampire queen comes to collect Sookie for herself, but because of Bill’s feelings for Sookie, he decides to take matters into his own hands and has the queen murdered. 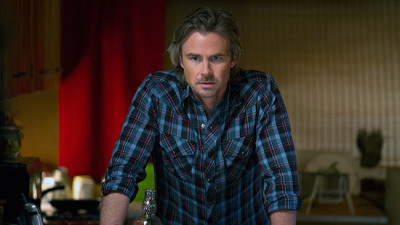 Initially characterized by his loyalty and adoration towards Sookie throughout the first season, it’s difficult to see Sam Merlotte anything else but the tight-passive player at a Texas Hold’em table. Like everyone else in the town, Sam is openly disapproving of the romantic relationship between Sookie and Bill, but still insists on believing that he is the only one who can protect her.
Though not a vampire, Sam’s identity as a shifter is revealed in the first season when Sookie finds Sam out of his canine form after transforming in the middle of the night. Throughout the series, viewers learn that Sam struggles with anger issues and is suffering from a dark hidden past that he can’t seem to escape. 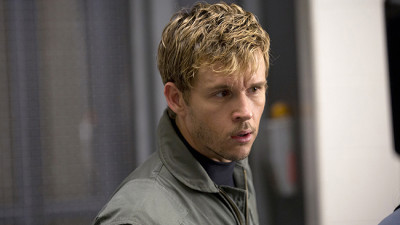 Nothing short of a loose cannon, Jason Stackhouse is Sookie’s self-involved brother who is committed to keeping both himself and his sister safe no matter the cost, which is precisely why he would be the loose-aggressive player at a Texas Hold’em table. Throughout the series, Jason is faced with many obstacles, most of which that could have been avoided. However, due to his nature, there is never really a time in the show when Jason isn’t in at least some kind of trouble.
From supervising a road crew during the day to becoming an active member of the Fellowship of the Sun, an anti-vampire group, Jason is constantly finding himself in scenarios that he regrets, but he never seems to learn. However, after deciding to leave the Fellowship, he becomes romantically involved with a supernatural being, Crystal, who later kidnaps him for her own benefit and the benefits of the rest of her supernatural pack of were-panthers. Clearly, this guy can’t seem to stay out of chaos for long.

Though there is still much to be said about the many beloved characters in True Blood, including Tara Thronton, Lafayette Reynolds, Andy Bellefleur and several others; when it comes to Texas Hold’em, many would agree that it would be quite interesting to see how Sookie, Bill, Sam, and Jason stack up against one another in a game or two. Who would you want to see win it all?