Christopher Heyerdahl entered the True Blood stage last Sunday as Dieter Braun. This character is not part of the books by Charlaine Harris, so there is no indication of where his story will take us.  With CraveOnline he spoke his True Blood experience, his character and the Authority. 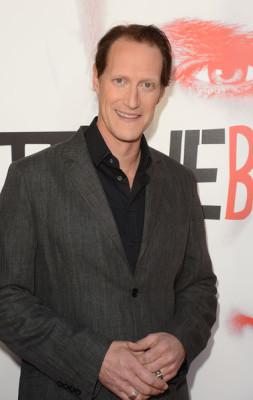 Christopher Heyerdahl: Basically with a group like The Authority, they need someone to search out the truth. And when you’re dealing with vampires, getting the truth is a bit of a tricky operation. It requires somebody very creative and passionate about getting the truth.

Dieter is definitely that man. He’s been around a long time. He knows what he’s doing. He enjoys his job but I’m not sure how much because when you’re dealing with interrogation, you don’t want to say that someone enjoys their job. It makes them sound like a bit of a sadist and that’s not him, but he definitely gets the job done.

Crave Online: What was Dieter on the page, and what were you able to bring to him?

Christopher Heyerdahl: Well, in the first episode where he’s introduced, it’s 502, you get a lot of information about Dieter and certainly in playing the scene with Stephen Moyer and working on the scene with Michael Lehmann [the director], we discovered a lot about the character. A lot of times that’s the way you figure out who these characters are when they haven’t been fleshed out through the time of seasons, you discover it as you go.

You can do all the research you want ahead of time and imagine where the character is and what he’s doing, but until you actually get into the room and start playing with excellent actors and excellent directors and together you create the character at hand. So he was a work in progress and he was a fascinating creature to discover.

Crave Online: Is there a lot of action with Dieter?

Christopher Heyerdahl: There’s a fair bit of action in Dieter’s storyline but mostly Dieter is for the most part very silent, direct and creative in the way that he gets his information. So he’s not really a man so much of flash action as much as an intellectual danger.

Crave Online: Did you get to shoot any of it in the south?

Christopher Heyerdahl: It’s all over. The necessity of a show like this, in order to make it, it’s a 15 day shooting schedule. We shoot on film and those are two things that create a wonderful richness to a show that we don’t normally see. We’ve come great advances in cameras.

You don’t have to shoot on film so much anymore but there’s a richness and a joy to actually working with film and smelling film. So you’re working both on site. We were down in Louisiana this year and also in studio so you get to have the real thing, the true light of that. Louisiana has got a very specific warmth and humidity and richness of light. Again, that was created in studio as well when we were in the bowels of the Authority lair.

Christopher Heyerdahl: Well, we’re all taken out and they line us up and we have to run the gauntlet. It’s painful but if we survive it, we’re welcomed into the clan with open arms. I think that because they have to be naked all the time, they expect everyone else to take their clothes off, run the gauntlet and get a good spanking but if you take it like a man, everything is fine.

Crave Online: Does Dieter get to have some racy sexy scenes too?

Christopher Heyerdahl: I’d love to say he does but he does not. Other people get to dive into that skin filled sexy bloody passionate world that we come to expect every day in “True Blood.” My naked time seems to be more in “Hell on Wheels” strangely enough. The Swede was naked last year and he’ll be naked again this year, so perhaps they felt it was redundant to have Dieter get down to his skivvies.

Read the complete interview at the source.