Courtney Ford is Returning to True Blood in Season 6 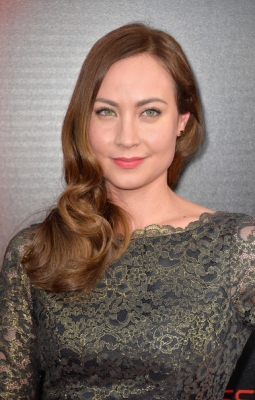 Courtney Ford will reprise her role as Portia Bellefleur, the great-great-great-great granddaughter of Bill Compton, for at least one episode in the later part of True Blood season 6. So, what brings Portia back into the fold?

“After watching the Season 5 finale, which was pretty intense and crazy, things are getting a little heated in Bon Temps and it stands to reason that someone is going to need a lawyer,” says Ford.

We last saw Portia in Season 4, when she made a play for Bill. Even after she learned that they were related, Portia tried to continue their fling, but Bill glamoured her into screaming and running away from him any time she sees him. Will Portia have that same reaction to whomever — or whatever — Bill is now after drinking the blood of Lilith?

“How much of Bill is in there?” Ford muses. “Is Bill still Bill? That’s the big question mark. I think if she’s afraid of Bill, she’d probably be double afraid of Billith. Billith is pretty scary.”

Ford, who is slated to return in Episode 7, is best known for her roles on Parenthood, Dexter and The Vampire Diaries.