Dale Raoul posed for the camera of Adam Bouska in support of the NOH8 campaign. Several other True Blood actors preceded her, like Kristin Bauer, Kevin Alejandro, Mariana Klaveno and Carrie Preston.

The NOH8 Campaign is a charitable organization whose mission is to promote marriage, gender and human equality through education, advocacy, social media, and visual protest. 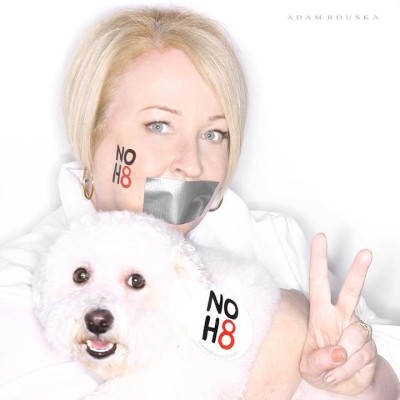