True Blood’s Deborah Ann Woll along with Charlie Cox and some other Netflix Daredevil cast members are in Sydney Australia! 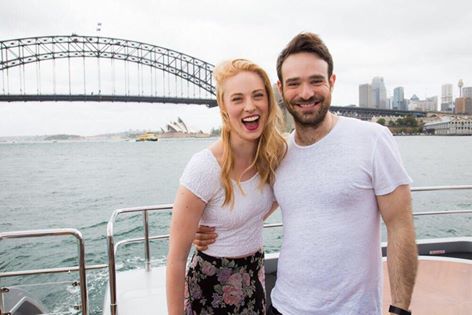 Netflix is celebrating the arrival of their streaming service in Australia with a big Netflix Down Under event. Netflix will finally make it’s way to the country on March 24. To help usher in all of their streaming movies and original programming, Netflix has brought some of their stars along with them, including Charlie Cox, who plays blind lawyer turned vigilante Matt Murdock in Marvel’s Daredevil. Tagging along will be his co-star Deborah Ann Woll, who plays Matt’s love interest Karen Page. To announce their upcoming arrival in the country, Netflix and Marvel have released two new images from the action series.

Marvel’s Daredevil is just one month away from making its premiere, with all 13 episodes streaming on Netflix starting April 10. The series will follows Murdock, who was blinded as a young boy but imbued with extraordinary senses, now fighting against injustice by day as a lawyer, and by night as the super hero Daredevil in modern day Hell’s Kitchen, New York City. And show also stars Elden Henson, Rosario Dawson, Ayelet Zurer, Bob Gunton, Vondie Curtis-Hall and the great Scott Glenn.

Deborah along with Charlie Cox and some other Netflix actors are in Sydney Australia! Photos from DeborahAnnWoll on Twitter 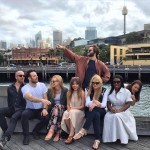 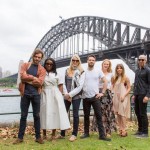 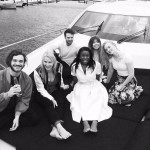 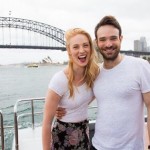