True Blood’s Deborah Ann Woll, met with GQMagazine.UK.com at London’s Soho Hotel at the time that Season 4 was being released in the UK. In this just released interview, Deborah is asked a lot of questions about True Blood, but also about her own likes and dislikes including online dating, meeting rabbid fans and what it’s like to be Jessica.

She was excited to learn she had beaten Joe Manganiello by having more blogs about her and she said that Stephen Moyer was the best British dresser she knows.

Click on the image below to go to the site and see Deborah in the video. 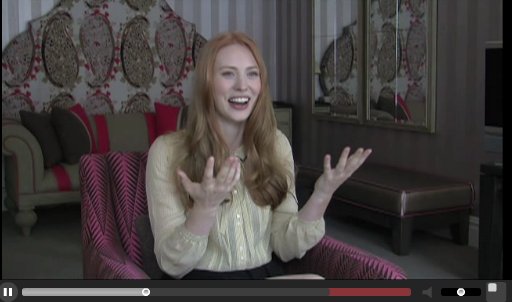