We’ve already reported on Denis O’Hare’s new role as Stanley and in his debut in the third episode of American Horror Story: Freak Show. After Maggie (Emma Roberts) relays that she’s infiltrated Elsa’s (Jessica Lange) circus of carnies, Stanley is seen on the other end of the phone line while simultaneously enjoying the presence of a sexy gentleman caller. It’s the guest, however, who is left breathless when he realizes what kind of freak Stanley is. “[He has] a 13-inch penis.” 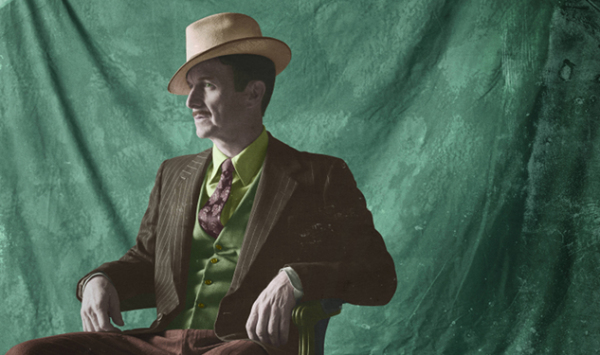 But O’Hare, who was last seen on TV in HBO’s adaptation of The Normal Heart  as well as playing the great King Russell Edgington on True Blood and providing a pivotal role opposite Matthew McConaughey in Dallas Buyers Club, assures us what’s between his legs is no joke — even though talking about it leads to an unintentional pun-filled conversation.

This particular combination is partly what draws the actor, who first appeared in season one’s Murder House, back to the creepy series.

“I certainly have a reputation for playing complex villains,” O’Hare says, referring in part to his memorable role as the gay vampire king of Mississippi, Russell Edgington, on several seasons of True Blood.

For Freak Show, Murphy wrote a new character that plays into O’Hare’s song-and-dance strengths, while also pushing him to find something deeper. And that’s the real joy in being on the show, he says.

“The writing is fresh, exciting, irreverent, and shocking. And what we’re asked to do is really a challenge.”

In Murder House, the requirement was acting through layers of prosthetics and makeup while maintaining a pronounced limp on screen.

“There was a physically grueling aspect to that.” Later, in Coven, his character had no tongue and didn’t speak for the first half of the third season. “It was actually really, really fantastic,” he says. “I loved it.”

While it remains to be seen what will happen to Stanley this season, at least 13 inches of him will play into one particular moment.

“There’s a funny element to it that pops up (again, pardon the pun) in episode 9,” O’Hare reveals.

More images of Denis in American Horror Story below: 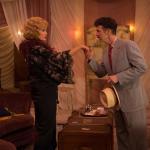 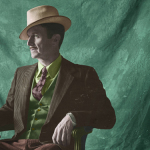 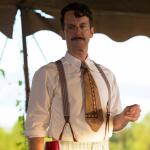 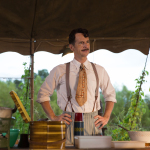