A new list of top ten remarkable moments in American Theater for 2014 has included Denis O’Hare’s performance in “An Iliad” as #4. 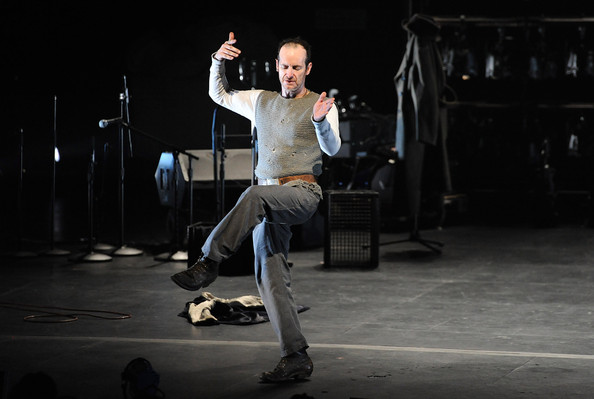 I personally saw Denis on stage when her performed at the Broad Stage in Santa Monica last January and I would also have his performance on my top 10 list.  See our post about the event here.

Congratulations to Denis for such a wonderful performance of a great production.

#4 The war monologue from An Iliad at the Broad Stage

Denis O’Hare’s one-man version of Homer’s Iliad isn’t new—it played off-Broadway at the New York Theatre Workshop in 2012, and has been produced at various regional theatres since then. But the Broad Stage brought O’Hare out to Santa Monica, California in January to perform the show, and the tale of the Trojan War is as haunting as ever. The part that really makes it hit home, though, is when O’Hare recites every single war from the Trojan War to present, reminding the audience that the horrors he’s just described are not exclusive to the past.

See the other 9 of the top 10 on their lists by clicking here: Ayoungertheatre.com
Tagged