True Blood’s Evan Rachel Wood is seen below at “The Ides of March” press conference during the 55th BFI London Film Festival at the Odeon West End on October 19, 2011 in London, England.  She is also seen in a photo with the film’s writer, director and star, George Clooney. 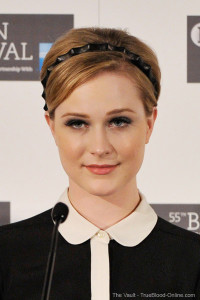 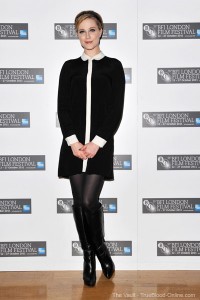 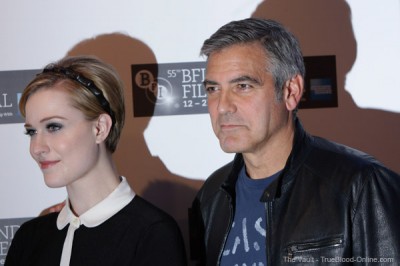 Speaking at the BFI London Film Festival launch for George Clooney’s political drama The Ides of March, the True Blood actress quipped that she has “more fun with fangs”.

“I feel more comfortable [playing vampires] because it’s nothing like me, it’s not close to me. It’s supernatural,” she said.

“It’s when you have to get close to yourself, real emotions and real pain, that it become more difficult. It’s much more fun with fangs!”