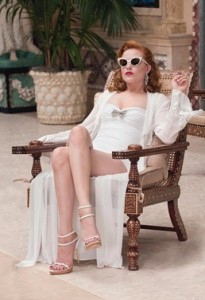 Here’s the official description from Disney:

“Strange Magic” is a madcap fairy tale musical inspired by “A Midsummer Night’s Dream.” Popular songs from the past six decades help tell the tale of a colorful cast of goblins, elves, fairies and imps, and their hilarious misadventures sparked by the battle over a powerful potion.