In the first part of my interview with Kristin Bauer van Straten I spoke with her about Africa and the documentary she is working on that focusses on the poaching of elephants and rhinos and how the local African people are trying to put a stop to the killing. You can read part 1 here.

During the time I Skyped with Kristin we also spoke about the position of women in Hollywood and getting older in Tinsel Town, her chemistry with Rutina Wesley and going nude on camera. 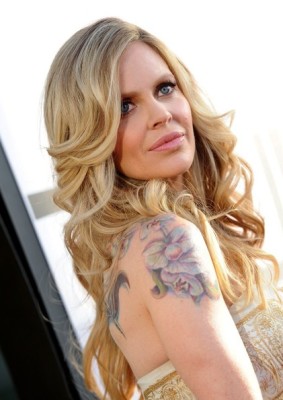 What is the Hollywood climate like when it comes to strong female characters?

“It seems to me that it’s improving. It’s hard for me to know what is actually going on out there since I’ve been employed for the past five years. From my perspective playing this incredible tough, strong, smart and kickass woman I feel that yes it is improving. But there is still a lot of talk from women who know more than I that it could be better. Of course I am a doer, so then I think, alright ladies, we need to do it. That is also part of my reasons for directing the Out for Africa documentary and the one incredible thing about moving into the documentary world is that in all the meetings I have had I spoke to maybe one man, the documentary world is filled with women. I was thinking that I stepped into Paradise Island where Wonder Woman came from that was all women. There is a lot of camaraderie there. True Blood has a lot of women writers and a woman director and great, strong female characters so I am living in a wonderful world between that and the documentary land. “

They say that when you are over 30 as a woman in Hollywood, you are old. Is there life in Hollywood for actresses over 40?

“I sure hope so. There is a billion ages for me out there and half of them are wrong, I’ll be 40 in a year and few months and I sure hope so, but I do notice, and I do it too, a man of 30 is still very young and on the cover of magazines. Alex and Joe and I are about the same age, but for woman it feels like it’s different. It feels like the women in their twenties get the same heat as the men in their thirties. If a guy who is older dating a younger woman there isn’t quite as much concern about it as the reverse. We are still living in an older paradigm. My husband has wrinkles and sun damage and it doesn’t matter. My skin is really still pretty damn good and look at him, we are just a few years apart, but if I had his skin my career would probably be over, but on Abri it looks fantastic.”

It’s not fair is it?

Do you fear the aging process?

“I do now that I am getting close to forty, I am starting to think about it and I never thought that that would be true but, I really love acting and it’s hard to think that because of something that you can’t control and is a natural process you won’t get to continue to do the thing that you love and put food on the table. I see that there are exceptions and incredible changes happening, obviously Meryl Streep and on the cable you have so many women in their forties doing incredible work on beautiful shows. So I like to think there will be life after forty in Hollywood, but I also feel that maybe you also expend as a person and move into doing things that are more you and that could be something like the documentary; that is another reason to explore it. Maybe doing documentaries will be my life after I start to wrinkle.” 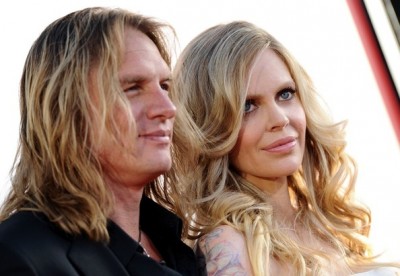 “I’ve been so lucky on True Blood to be with Alex and to be with Rutina a lot and also Stephen and Anna. The great thing with Rutina is that we both really care and we love working together and trying things out. And there is an X-factor of luck; she is just amazing to work with. “

Pam and Tara are more alike than they would like to admit. How is their relationship growing?

“That’s exactly right, that’s what we’ve been playing, that we are more alike than we would like to admit. Especially from Pam’s perspective, that’s what I feel like I am playing is that I have respect for her. She is a kindred spirit who’s had hard times, comes from a hard past and is a tough fighter; they both have that in common. They never give up. Tara is starting to feel loyalty and respect for her maker and Pam has always felt loyalty and respect for Eric.”

Do you see any parallels in those 2 relationships?

“I do, as an actor I was looking for those throughout the season because as the season began and how they wrote it, me having a progeny was reminding me of my childhood, so to speak, with Eric. I was always looking for links in how either I would be rejecting my progeny because the relationship was so pale in comparison to what I had with Eric or, if it would bring out a softer side of Pam so I vacillated between those 2; first being really harsh, followed by letting the softer side come out and then putting the walls back up.”

Pam’s role has grown over the seasons, how do you see the development of her character?

“I’m so happy that they have given me so much. The writers are my creators, first Charlaine Harris and then the writers of True Blood. Last year when I got my own storyline with my face rotting I was so happy. But Alex and I had been asking for years about our relationship. Both of us were so happy to finally see it on paper and I thought it was just the most perfect explanation for both Eric and Pam. I found out at the end of season 4 that I was going to be Tara’s maker and we were both really excited about it. I think Rutina’s had a lot of fun becoming one of the supers. She was very excited about Comic Con this year and when I asked her why she was so excited this year she said that past year’s she went as a human and this year is got to go as a super. She is having a blast. I really think that vampires are the rock stars of the supernatural world. I joke with Sam [Trammell] sometimes that he is just a shape-shifter and the vampires are the cool kids. And Joe [Manganiello] is pretty happy being a werewolf, he doesn’t know any better, poor thing [laughs].”

Let’s talk about sex. Pam strikes me as a very sexual being, yet even Andy Bellefleur has had more sex than Pam. Do you feel left out that you have never worn the snatch patch?

“I did wear the snatch patch during my scene with Alex in bed before I was turned, but you never saw it on camera. So I have been initiated in being naked in front of the crew and Alex club, but I am fine with not being naked on screen. The one thing about being a vampire and being naked on screen is that you can’t have a spray tan. Every time I have been naked on screen that spray tan really helped me some psychologically. So I’m ok with the fact that most of my love scenes are hinted out or off screen, we’ll see if I’ll get away with it next season. It is nerve-wracking because the competition is really fierce on this show.”

Jim Parrack has left Bon Temps. I didn’t see that one coming. How did you react when you first heard about his departure?

“Jim was the one who mentioned it to me and he felt good about it because his character has had a really wonderful arc on the show and he is such an incredible actor and he received a very fitting ending to his arc. Jim lives about a mile from me and I walk my dogs past his house every day and Abri and Jim are friends, so we will stay in contact with him.”

Founder and co-owner at The Vault - TrueBlood-Online.com & AllStephenMoyer.com
Shadaliza loves the Internet, film and TV shows, writing, running websites and charity fundraising; she has found the perfect combo in the fansites to express her creativity and passion. Shadaliza is Dutch, but has lived in Italy for many years and works as Marketing Executive for an Internet hosting company.

Latest posts by Shadaliza (see all)