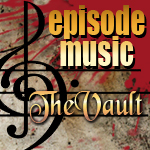 I just finished posting the song choices for this week’s episode of True Blood and just then, an email arrived in my inbox with a link to an article about the songs  discussing them in detail.  Byron Ward of CBS Local Digital Media talked to our good friend Gary Calamar about the choices for this episode titled “Gone, Gone, Gone.”  See below:

The episode, titled “Gone, Gone, Gone,” led fans to expect to hear some variation on the Everly Brothers song of the same name (which was recently covered by Robert Plant and Alison Krauss on their Grammy-winning Raising Sand album). Instead, True Blood used the Carl Perkins song “Gone, Gone, Gone” beneath an emotional scene where Hoyt Fortenberry (Jim Parrack) asks his ex-girlfriend, vampire Jessica Hamby (Deborah Ann Woll) to wipe his memory of her (she cheated on him with his best friend, in a twist fit for a blues or country music classic). In the background, “Gone, Gone, Gone” played, with its lyrics, “Well that must be my girl, yours don’t look like that.”

True Blood’s episode titles are generally inspired by songs that play during the end credits. However, instead of “Gone, Gone, Gone” the episode closed with John Lee Hooker’s “You Know, I Know.” The lyrics: “You know, I know, we’re gonna get together one day,” leading fans to wonder which characters inspired the song choice.

CBS Local spoke with True Blood Music Supervisor Gary Calamar, who noted that both song choices came from the episode’s writer, Alex Woo. ”I had suggested that we do a new cover on ‘Gone, Gone, Gone’ but Alex loves the Carl Perkins version on Sun Records, so we went with that.”

True Blood showed their sense of humor in another scene where vampires Russell Edgington (Denis O’Hare) and Steve Newlin (Michael McMillian) went to a fraternity party where they “drained” the attendees. As the two slow danced together while surrounded by bloody bodies, Katy Perry’s upbeat “Teenage Dream” was playing. The lyrics “We can dance until we die, you and I, we’ll be young together,” are accurate, provided that neither character meets the “true death.”

Calamar says that the True Blood team had a good time debating what song would work best: “We wanted a big, recognizable pop song that would show the twisted romance of Russell and Newlin… and would also work ironically against the drained college students. We tried Rihanna, Far East Movement, Maroon 5… but ‘Teenage Dream’ worked the best on all levels.”

“Plus,” he confesses, “Katy Perry is one of my guilty pleasures.” And echoing what is on the minds of many fans of the pop singer, or those who frequent gossip websites, ”[I’m] hoping she moves past the John Mayer fling quickly.”

Next week’s episode (the second to last of the season) is titled “Sunset.” The Moody Blues, Roy Orbison and Stevie Wonder have all recorded songs with that title, so it’s anyone’s guess what song will actually be used.