Happy Holidays Giveaway Prize: I Can Hear You by Chris Pierce

One by one we put the prizes in our Happy Holidays Giveaway in the spotlight. You can win these prizes by participating in our charity giveaway for Facing The Atlantic/Facing The World.

Read all the details here.

Giveaway Prize: 5 copies of Chris Pierce’s latest CD “I Can Hear You”. 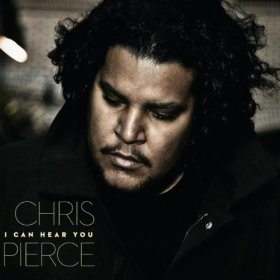 The album showcases Chris’ tremendous musical dexterity for jazz, pop and soul. Like his “never-the-same-twice” live shows, “I Can Hear You” preaches a gospel to everyone, regardless of income, race, religion, or age, to feel, risk, step out and, open their heart, especially when it’s most difficult.

“Soul music is deeply rooted in so many American musical styles: gospel, work songs, blues, rock ‘n’ roll, rhythm & blues,” says Pierce. “But to me, it’s speaking from your gut, speaking your truths. That’s what soul music is to me.”

Try to catch Chris at one of his many live shows, in the past he has opened for B.B. King, Seal, Colbie Caillat, Al Green and Robert Cray, to name just a few. He has had song placements on the Oscar award winner Crash and several TV shows. His single “Are You Beautiful” has been used in a national Banana Republic ad campaign.

Chris Pierce – I CAN HEAR YOU – HOLLYWOOD RECORD RELEASE PARTY from Ante Rotim on Vimeo.