One by one we put the prizes in our Happy Holidays Giveaway in the spotlight.

You can win these prizes by participating in our charity giveaway for Facing The Atlantic/Facing The World.

Read all the details here.

We are giving away a signed copy of The Donor by Helen FitzGerald. 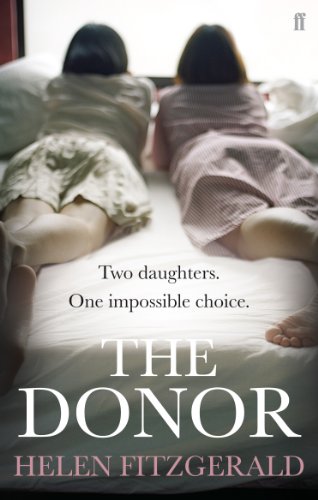 Australia born, but Glasgow based Helen FitzGerald writes thrillers and teen fiction. She’s been described as “a startling new talent in the edgier corner of the crime fiction scene.” Her adult novels have been translated into numerous languages and widely praised as “glorious black comedy” and “thinking women’s noir”.

Her fifth novel “The Donor” tells the story of Will, a single father with 16 year old twin daughters. One daughter suffers kidney failure and Will is a match, he could donate his kidney to save her life. But then his second daughter also falls ill. Time is critical, and Will has to make a decision. Should he buy a kidney – be an organ tourist? Should he save one child? If so, which one? Should he sacrifice himself? Or is there a fourth solution – one so terrible it has never even crossed his mind?

FitzGerald is the wife of Sergio Casci, the screenwriter of Stephen Moyer’s film “The Caller”. Stephen started reading “The Donor” when he was in Puerto Rico for the premiere of “The Caller”, Helen tweeted about that, I picked it up and posted about it on AllStephenMoyer.com. The info spread over the web, while poor Stephen was still on page 1 and checking his hotel room for hidden cameras. He loved the book btw.

You can read the first pages of “The Donor” online.

Follow Helen FitzGerald on her blog and check out her books on Amazon.