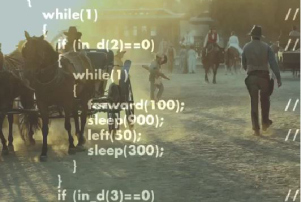 HBO has announced to us that they have picked up the series, “Westworld,” a dark odyssey about the dawn of artificial consciousness and the future of sin starring True Blood alum, Evan Rachel Wood, (see our previous post about the green light to create the series pilot).

“The best creative voices want to be part of the HBO experience,” HBO’s Richard Plepler said at the Westworld 2 Investors Day, listing Westworld as a prime example. TW’s Jeff Bewkes mentioned Westworld, along with Damon Lindelof’s The Leftovers, recently renewed by HBO for a second season, as examples of larger cooperation between the premium cable network and sibling studio Warner Bros TV, which is behind both dramas.

See two videos from Vine that provide a small taste of the series.