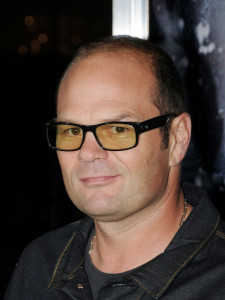 True Blood’s Chris Bauer is taking advantage of the hiatus from the show by heading the cast of a new play off-Broadway in New York City.

Directed by Daniel Aukin, the production will officially open Dec. 12 for a limited engagement through Dec. 30.

“A father (Bauer) and his teenage daughter (Carrero) stand on either side of a closed door,” according to Atlantic notes. “Life is unraveling for him, and is entirely uncertain for her. So begins Melissa James Gibson’s poignant, funny new play about estrangement and the partially examined life.”

Atlantic ensemble member Chris Bauer returns to Atlantic following starring in Jezz Butterworth’s The Night Heron, Parlour Song and Mojo. He made his Broadway debut in A Streetcar Named Desire, for which he was nominated for an Outer Critics Circle Award.

Read more by going to: playbill.com