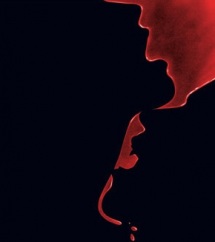 I was lucky enough to grab a few minutes with Gary Calamar, our music supervisor, about his Grammy® nomination for the great work he did on our soundtrack…

GIANNA: Congrats on your Grammy nomination!
GARY: Thank you!

GIANNA: Any big plans for the awards show?
GARY: I will be attending, I’m really looking forward to it. It’s my fourth nomination, all Alan Ball related – two for Six Feet Under soundtracks, two for True Blood now. I am indebted to Alan and his wonderful work.

GIANNA: Aren’t we all?
GARY: We have some tough competition, so it’s really an honor to be nominated. And I’m excited that Lucinda Williams’s song “Kiss Like Your Kiss” is also nominated for best original song.

GIANNA: How did it come about that she would write an original song for the show?
GARY: We met with someone from her publishing company, Warner Chappell, and we were throwing around some ideas and she mentioned that Lucinda was working on some new material. We already had her on the first soundtrack, we licensed her song “Lake Charles.” So we met with her and her manager/co-musician/husband Tom Overby and told them what we were looking for and she came back with a very rough version, which she recorded in her kitchen, of “Kiss Like Your Kiss.”

GIANNA: How did that version turn out?
GARY: It was slow and romantic. Talking with Alan, he said they were kind of heavy on these adventurous, upbeat songs and would love to have something romantic and nice in the show. So she finished it for us and I suggested some sort of duet. We roped in Elvis Costello, who is a friend of hers, and I’m thrilled with the way it came out.