Maybe I’m not up on my slang, but I didn’t know what a “shipper moment” was when I read this, so I looked it up in the Urban Dictionary and below is the definition.

The term “shipper” comes from supporting a ship. To ship something means a person wants two characters to get together and/or shows support for two characters already together. The term “ship” came from the X-Files fandom, when fanfics were written about Mulder and Scully. The fans then called themselves shippers. It quickly spread and is now the title a person gives themself if they believe two charcters should or will be together (The characters can be from anything: Books, Movies, Television, Video Games, and even Actors/Actresses). It is not limited to the couple actually happening, a person can ship something just because they enjoy the possibility of them getting together or even just because they think they would look good together.

The reunion in True Blood Season 7 of Hoyt and Jessica made the list of sweetest shipper moments of 2014 on Entertainment Weekly, read below: 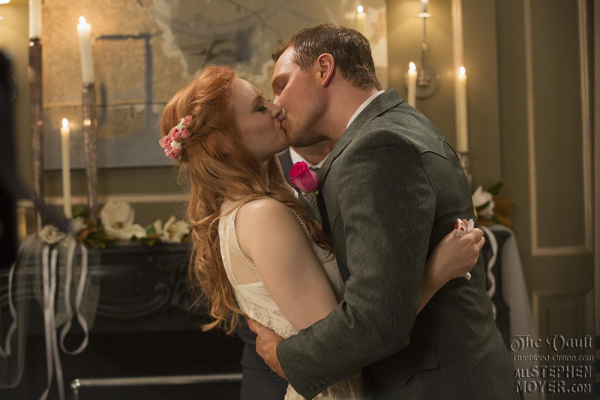 When Brigette (Ashley Hinshaw) asked Jason (Ryan Kwanten) to tell her the story of Hoyt (Jim Parrack) and Jessica (Deborah Ann Woll), Jason managed to do it in a way that not only made Brigette—Hoyt’s recently-jilted ex-fiancée—feel better, but also made the sex Hoyt and Jessica were having at that moment feel epic: ”Before Hoyt moved to Alaska, he asked Jessica to erase his memory. He said he didn’t want to remember her or me. That’s how she remembered him, but he don’t remember her. Nobody lied to you, and you didn’t pick the wrong guy. You just happened to pick a guy who’d already met the girl he was supposed to be with. He just don’t remember her. But they do, Brigette. Hoyt and Jessica belong together.” —Mandi Bierly

Do you think they should have gotten back together?