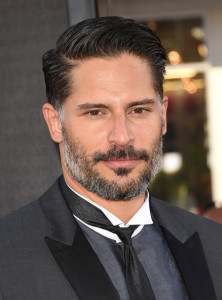 Joe is joined by Lea Michele and Ryan Murphy (Glee), Abigail Breslin (Little Miss Sunshine) and Keke Palmer (Masters of Sex) who have also come on board as series regulars, while pop star/Nickelodeon grad Ariana Grande will appear in a recurring role.

Scream Queens‘ 15-episode first season, which revolves around a college campus rocked by a series of murders, premieres this fall.