On day 1 of the San Diego Comic Con Kristin Bauer and Nelsan Ellis sat down for the TV Guide: Fan Favorites Panel. Originally Deborah Ann Woll and Joe Manganiello were scheduled to participate in this panel but were unable to make it.

During the panel Kristin said things will get worse for Pam before they get better. Also, her face falling off doesn’t make her crumble; instead it just brings out her mean streak. Nelsan said Lafayette is on a tumultuous journey but has found a “sexy squeeze” in Jesus to help make things better. He’s having fun playing a witch – it’s a clever way for Alan Ball to have Lafayette do even crazier, wild stuff. 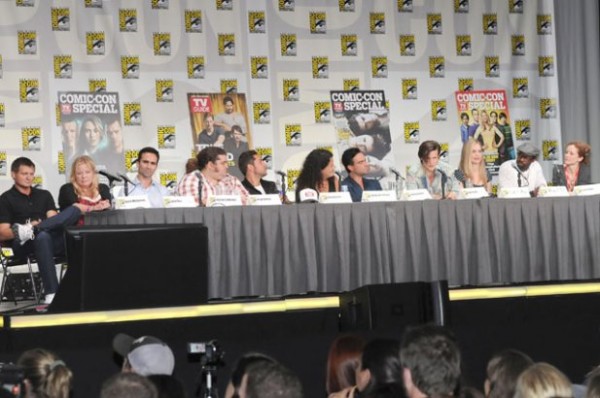 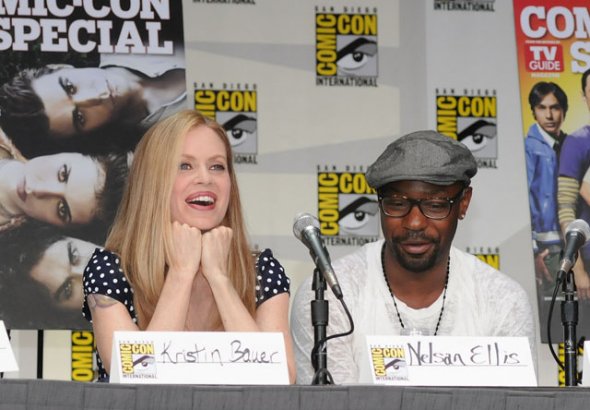 Below is a fan made video of the portions of the panel that include Kristin and Nelsan.