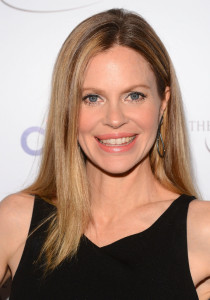 Kristin Bauer van Straten has been cast as a series regular in ABC’s drama pilot The Kingmakers.

Written and executive produced by Sallie Patrick, The Kingmakers, from ABC Studios, centers on Eli (Gus Halper), a young man whose sister Julia is found dead during her freshman year at an elite Ivy League university. He adopts a new identity to infiltrate the school and its century-old secret society – consisting of privileged students, ambitious faculty and high-profile alums – in order to investigate her death. Kristin will play Maeve Vandemeer, an art professor at Braddock, who is married to the dean of the school and has a complicated ongoing affair with Senator Walden (Adrian Pasdar).