Kristin Bauer is returning to “Once Upon A Time”

Kristin Bauer van Straten will reprise her dastardly role as villain Maleficent during the second half of Once’s upcoming season. 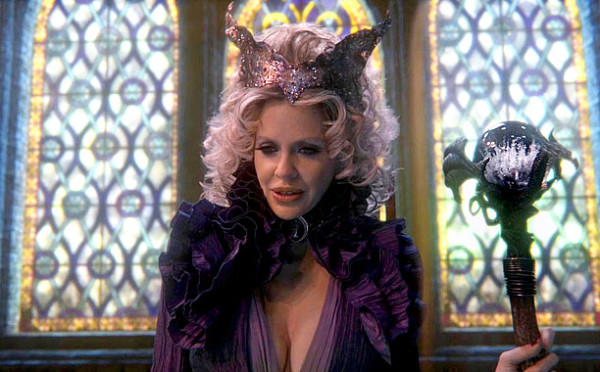 Could this mean that Maleficent will be season 4’s other big villain after the Frozen storyline? It’s unclear as of now, but Bauer will be back as a recurring guest star for a big arc, so here’s hoping this means the show will dive more into her past, as well as Aurora’s history.

The last we saw of Maleficent, she was locked away in a cave under the clock tower, stuck in dragon form until she was slain by Emma in the season 1 finale. She then came back in nightmarish zombie form at the end of season 2.