True Blood’s  Sam Trammell and Kristin Bauer van Straten and, celebrated the Oceans at the 3rd Annual Nautica Oceana Beach House Party.  With Kristin and Pam other celebrity ocean activists gathered at the Marion Davies Guest House on Friday May 8th at the 3nd Annual Nautica Oceana Beach House. The event benefited Oceana, the largest international advocacy organization focused solely on ocean conservation. It highlighted the organization’s efforts to protect marine habitat and biodiversity as well as the recent campaign launch to Save the Oceans and Feed the World. As lead sponsor for the event and a corporate partner since 2008, Nautica continues to cement its legacy of support for Oceana’s mission to protect the world’s oceans. Additional support was provided by media partner LA Confidential Magazine. 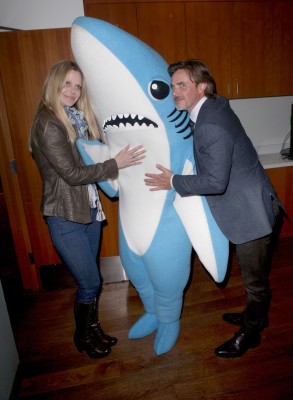 Celebrity supporters and hosts Jenna Ushkowitz (Glee) and Reid Scott (Veep) spoke passionately about their work with Oceana, and urged others to join in and help protect and restore the oceans. Oceana Senior VP Matt Littlejohn also spoke, noting “it’s thanks to our partners and supporters that Oceana is able to protect and restore the world’s oceans on a global scale. The oceans sustain and inspire us, and with better management they can also feed millions more people—if we save the oceans, we can help feed the world.”

As the sun set over the Pacific Ocean on Santa Monica State Beach, guests were treated to appetizers and drinks generously provided by Lagunitas Brewing Company, Truvee and Stellina di Notte Prosecco.

Guests enjoyed a chance to pose with Katy Perry’s Left Shark from the 2015 Superbowl Halftime show on the ‘blue carpet’. Other activities during the evening included live screen printing of Oceana and Nautica branded T-shirts. 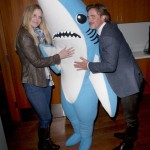 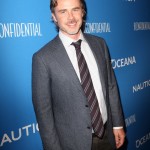 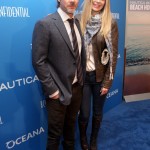 About Oceana
We run science-based campaigns and seek to win policy victories that can restore ocean biodiversity and ensure that the oceans are abundant and can feed hundreds of millions of people. Oceana victories have already helped to create policies that could increase fish populations in its countries by as much as 40 percent and that have protected more than 1 million square miles of ocean. We have campaign offices in the countries that control close to 40 percent of the world’s wild fish catch, including in North, South and Central America, Asia, and Europe. To learn more, please visit www.oceana.org. For more information about Oceana Beach House visit www.oceanabeachhouse.org