True Blood’s Lorena, Mariana Klaveno is teaming up with a Central Florida Foundation to Take a Bite Out of Childhood Cancer by offering the fans a chance to win a signed True Blood script and a personalized message from her. Read more about it below. 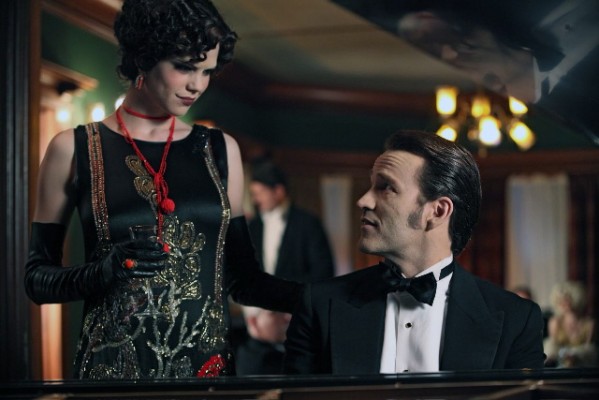 Mariana is working to help those suffering financial hardships caused by Childhood Cancer. Mariana has been friends with the Chambers’ family since 2010, and has been very vocal in her support of young Joshua’s battle against leukemia. She is now taking it to the next level to help support other children and families through her involvement with the Be Brave Foundation.

For every $5 you donate:

Watch a video from Mariana Klaveno about the effort below:

The contest will end August 24 at 11pm. (EDT) to coincide with the end of the final episode of True Blood. The winner will be drawn the following day by random number assignment, and will be notified within 24 hours.

Mariana Klaveno has since starred in the Lifetime hit show, Devious Maids, and is set to star the CBS drama, Stalker, coming October 2014. She was nominated along with the starring cast of True Blood for the “Outstanding Performance by an Ensemble in a Drama Series” at the 16th Annual Screen Actors Guild awards in January 2010.

Make your donations and enter to win here: bebravefoundation.org
Tagged