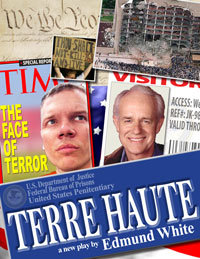 Last night I was happy to be Jim Parrack’s guest at his new play, Terra Haute. Jim is co-starring in this two man play with Mike Farrell of “Mash” fame.

I arrived at the prescribed time to pick up my tickets at The Blank Theater in Los Angeles and was happy to notice that also attending this performance was the lovely Deborah Ann Woll (Jessica). I had met Deborah before when I attended her boyfriend EJ’s Improv event at the iOWest in June. That was also where I met Jim Parrack for the first time. 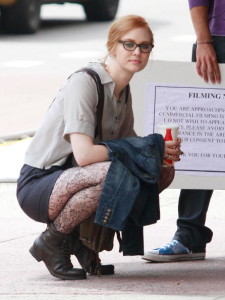 When I noticed Deborah I went up to her and reminded her of our last meeting. She immediately remembered me and asked if I was sitting with anyone. Since we were both alone, she asked if I would mind if she sat with me. Would I mind? It was a thrill for me. Deborah is a lovely and charming woman who is fun to be with.

We entered the tiny theater and sat very close to the stage. While waiting for the play to begin we chatted about True Blood, what she’s been doing since the show’s hiatus and that she is looking forward to the vacation she will be taking with EJ very soon. However, before she can start her vacation she will see EJ run the Chicago marathon blindfolded. Imagine that!

When we entered the theater, I immediately noticed the very stark set. It represented a visitor’s area in a prison and was designed by Matt Turner. The costume design is by Bethany Jane Bohatila, the lighting design is by Cameron Zetty, and sound design is by Warren Davis. The production stage manager is Christopher Harrison, and the producers are Noah Wyle, Daniel Henning, and Stacy Reed Payton. 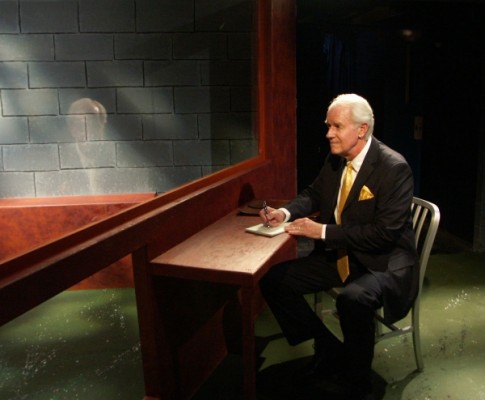 Then, the play began. Mike Farrell in the writer’s role was first on stage. After a brief monolog from Farrell, Jim walked out. He plays the Timothy McVeigh role and was dressed in an orange prison jump suit. 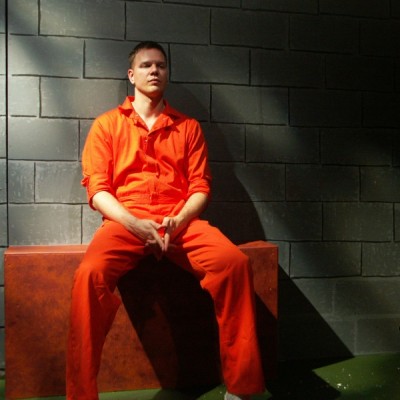 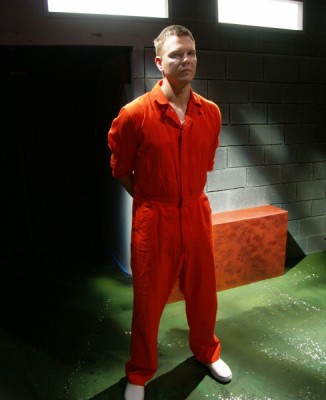 The play revolves around the possible meeting of Timothy McVeigh and Gore Vidal. The two men corresponded in real life and the famed fiction writer Edmund White, who wrote the play, imagines what their conversations would have been like if they had ever met in person. The play consists of four prison house conversations between the nation’s deadliest domestic terrorist and one of the world’s most famous and opinionated gadflies. And, while the names have been changed, the ideas have not.

The two actors played well against and with each other and kept me fascinated until the end. It seems to me that being in a two person play is a very demanding part; staying in character all that time.  I said to Deborah when it was over, “how did Jim learn all those lines?” She said, that learning the script is the easy part; it’s getting your “soul” into it that’s hard. Well, in my opinion both actors did that well. 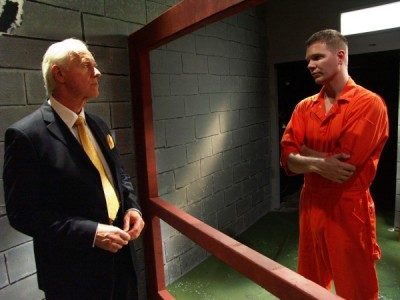 While I’ve seen lots of live theater in the past, it is a rare experience for me now a days which made this even more of a treat.  And, in this intimate theater, the audience has the ability to see every nuance of the actor’s performance, and I can only imagine what performing in front of a live audience must bring to the actor’s experience. The only other example I have of Jim Parrack’s acting has been his role playing True Blood’s Hoyt Fortenberry. Thinking about Jim now playing a deadly terrorist seemed to me that it would be difficult for him, but I was wrong, he did it well. I was riveted by his performance and late in the play, when his character becomes angry at his co-star, I was genuinely startled; Jim really seemed to have become the man he was portraying.

After the play, Jim talked about acting with Mike Farrell and said that he was learning a lot from him.  It is apparent that he is impressed by not only Mike’s acting abilities, but with him as a man. I was impressed with both actors and glad to see Jim getting this great part and being able to work with such an experienced actor. 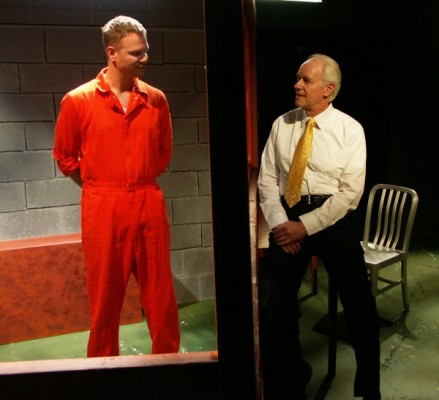 I enjoyed the end, when the two attempted to touch through the clear plastic barrier and showed a true and emotional bond with each other; a mutual respect, as it were as they said goodbye for the last time. 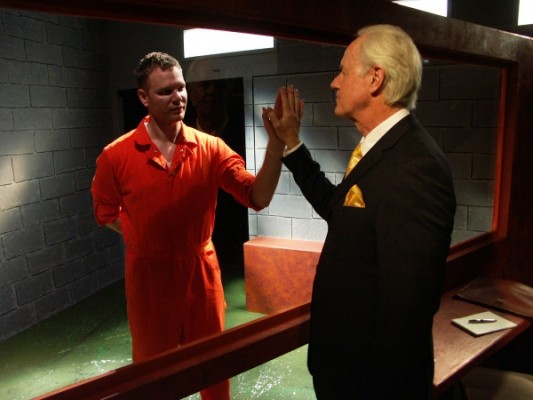 When the play ended, Deborah and I waited outside for Jim to come out. When he did, he came up and hugged us both. It was really sweet. We both praised him for his performance and started discussing the play. Immediately a young man came up to Jim saying, “I know you, you’re from that show…” and Jim responded, comically, “Vampire Diaries?”  And the young man replied, “Yes!” We laughed. Jim introduced Deborah and me to him and the young man immediately recognized Deborah, but he looked confused by me. I revealed to him that he didn’t have to worry, I wasn’t on the show. That was cute and when he walked away, I said to Deborah and Jim, “Gee, it’s so much fun to hang out with True Blood stars”.

It was a wonderful experience and evening. I am so glad to be able to have seen the play and to get to know both of these two lovely people better. As I said before, I think Jim was great in his part and I wish him the best of luck with his acting career.

Thanks Jim and Deb for a lovely time!

Terra Haute continues through Sunday, November 14 and you can buy tickets here.