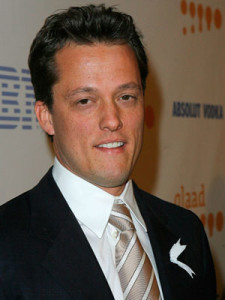 True Blood has always been grounded in the original score composed by Nathan Barr. His gorgeous background music gave a lovely romantic touch on one hand and a very foreboding lilt on the other. Like Gary Calamar, who chooses the title song for each episode, Nathan has been the composer for the original since the show began.

He has been able to construct distinct musical themes that have become as identifiable as the show’s “Soooooookie” utterances. “It’s just about finding that part of the character’s internal journey that the music wants to help extenuate,” Barr explains.

Having seen every single episode, Barr is certainly one of the series’ most dedicated viewers. Watching it as a fan first, and a composer second, according to Barr, is the secret to writing music for each episode. “If I can react as a fan,” he says, “Then it gives the music a chance to really be a part of the show in a way that’s going to be of the best benefit and please the audience.” Even when talking to Out, Barr had not yet seen the final episode of the series and had no idea where it was headed, just like every season before it. (Needless to say, there are no spoilers in this story.)

Barr has enjoyed watching the episodes of the seventh and final season because of “the leaps that they are taking in terms of preparing this story for its end,” he explains. “This season is so interesting because it is the good-bye of the show to the world.” One scene that was written as a farewell gift to gay fans was the steamy sex scene between Jason Stackhouse and Eric Northman. “It was a pretty sensual scene and with two incredibly good-looking guys,” he says, saying that he joked that he needed to watch it repeatedly. “It was fun to finally see that happen.”

The power of musical composition has personal resonances for Barr as well. It was after he wrote the theme for the 2000 indie film Red Dirt, about a young man coming to terms with his sexuality while living in a small town in Mississippi, that he came out as bisexual. “My mother was challenged by the news when I told her,” he says. “Interestingly, it’s that theme and that score that she absolutely loves and, somehow, that’s a pure expression of that journey for me. It’s funny that she was reacting in a very positive way to that emotional journey in that score, but it was much harder for her to come to grips with in real life.”

Inspired by Anna Paquin’s outspokenness, Barr defends her decision to be vocal about her bisexuality despite people’s confusion and criticism. “She’s so important to bisexuality because she is in a committed relationship with a man. But from that vantage point, she is still willing to come out and say ‘I am a happy bisexual person in a committed relationship with a man.’ She isn’t all of a sudden straight; she’s just made that choice in her life. So I think that’s really, really, important. And the other thing that really, unfairly get a bad rap for is: ‘Oh, you’re just promiscuous! You just want everything.’ And that just feels like a load of shit to me, too.”

Read more of this interview, specifically about the planned True Blood musical at : out.com
Tagged