Maybe it was not just good acting from Stephen Moyer’s part that Bill looked like he was about to pee himself from fear when Roman almost staked in the Council room of the Authority.

Near-staking can be as dangerous as staking. Ask Stunt coordinator Hiro Koda. “You have to be able to stop your momentum at just the right moment. Too close and it looks silly. Too far and you’ve got blood (or goo). In this episode both Lafayette and Roman had to learn to control their swing, which can be difficult in the heat of the moment.” 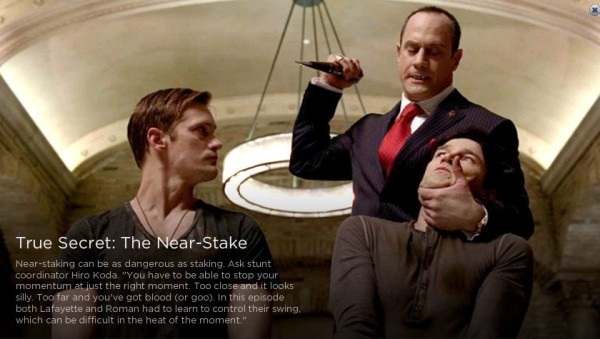