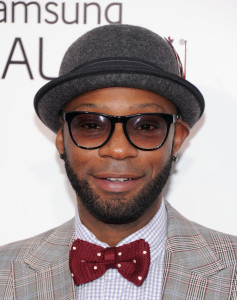 Yet another True Blood star has found a new acting job. Already in the acclaimed biopic of James Brown, playing the part of Bobby Byrd, Nelsan Ellis has now joined Ian McShane and the cast of writer/director Dan Pritzker’s upcoming film, “Bolden,” a biopic about jazz musician Buddy Bolden. McShane will portray Bolden’s nemesis Judge Perry, a role that was originally to have been played by Jackie Earle Haley, while Nelsan Ellis will play the role of Bartley, the entrepreneur who manages the Bolden Band.

Gary Carr will star in the title role. His music will be performed in the film by Grammy-winner Wynton Marsalis.

Pritzker completed the first round of filming on the project in 2010 and will shoot new scenes this fall. Initially, Anthony Mackie played Bolden, but according to the filmmakers, because of the production hiatus, Mackie’s schedule conflicted with the new shoots and Carr has stepped into the role.