Once Again, True Blood Does Not Bring Home a Grammy 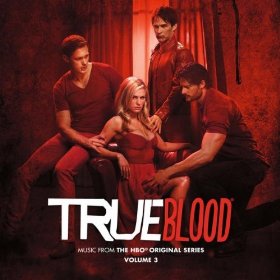 Once again, this year, (third year in a row), True Blood’s Soundtrack Volume 3 was nominated for a Grammy Award in the category of “Best Compilation For Motion Picture, Television Or Other Visual Media, but unfortunately once again they did not grab the prize. However, the winner was another HBO show, Boardwalk Empire.  We congratulate them on winning and will hope for next year to be the year when True Blood finally gets the recognition it deserves.

We still think that True Blood has the best music and should have won. Congratulations to Gary Calamar and Lucinda Williams for their nominations and here’s hope they get more nominations in the future.

Best Compilation Soundtrack Album For Motion Picture, Television Or Other Visual Media – Award to the Artist(s) and/or Producer(s) of a majority of the tracks on the album, or, in the absence of either, to the individual(s) actively responsible for the concept and musical direction and for the selection of artists, songs and producers, as applicable.

The nominees in this category are listed below with the winner, Boardwalk Empire: