The score to HBO’s highly-acclaimed and record rating-breaking drama series, “True Blood”, is set to release September 8th on iTunes, Amazon.com and in-stores nationwide via Varese Sarabande Records. Award-winning composer, Nathan Barr, arranges all the music, and performs the majority of the instrumentals from his own private home studio in Topanga Canyon.  As it’s first track, the score will feature the popular song “Take Me Home”, sung by Lisbeth Scott and featured on Episode 6 of the show.

An exclusive music video for “Take Me Home” filmed August 17th and will be debuted the 1st of September on both Nathan’s website www.nathanbarr.com. A special give-away contest will also be taking place via this site, where fans of the show can win (pre-sale) signed copies of the soundtrack signed by Barr and Lisbeth Scott.  Also featured on Nathan Barr’s official website are exclusive interviews where he discusses the music from True Blood and where he draws influences for the show’s extremely aesthetic sound. 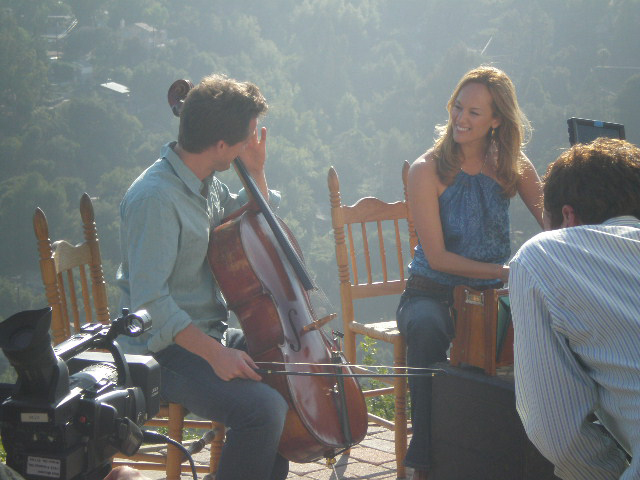 A local signing for the score will take place at Dark Delicacies, 4213 West Burbank Blvd., Burbank, CA 91505 on September 13th from 1 to 3pm.  Barr and “True Blood” vocalist, Lisbeth Scott, will both be in attendance alongside Bear McCreary (Battlestar: Galactica and Terminator: The Sarah Connor Chronicles). 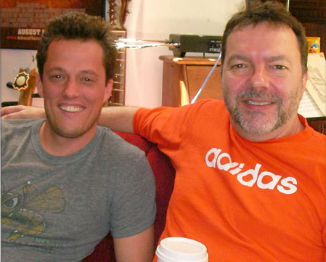 Executive Producer and show creator, Alan Ball, is extremely impressed with Barr’s score for the show. Ball recently expressed that “Nate’s score for True Blood continually impresses and surprise me, and one of the favorite parts of my job is driving out to his studio to hear his score cues, as I know I’m always in for a treat.  His music, with its distinct and completely acoustic flavor, perfectly captures the mix of suspense, terror, romance, and regional authenticity that the show calls for.  I know I can always count on him to take scenes which need that extra little bit of help and make them work better than I thought possible.”

Lisbeth Scott was raised as a classical pianist headed for a concert career practicing hours a day, until she ran away to California as soon as she could and began to discover her voice. Someone heard her singing and playing piano for a modern dance class in the hills of Idyllwild and suggested her voice for a score by composer Hans Zimmer.  Scott’s uniquely moving and shiver-inducing voice has been heard on literally hundreds of films. John Williams wrote a 5 minute solo specifically for her in the score for Spielberg’s film “Munich”. She was the featured vocalist and co-lyricist for the John Debney score to the film “The Passion of the Christ” and she was the featured vocalist and songwriter for the Disney film “The Lion The Witch and The Wardrobe”. For more information on Lisbeth Scott visit www.LisbethScott.com.