Photo: Tara Buck on the set of TNT’s Southland

Below is a photo of True Blood’s Ginger, Tara Buck on the set of “Southland” which airs on (TNT). In the photo with Tara is Jon Jon Briones. I wonder what’s up with her eye in this photo? I guess we’ll just have to wait and see the show to find out.

Tara reports to The Vault, exclusively, that she will also guest star in a couple of episodes of the new season of “Justified“, which she shot in January.  She is playing a woman who is from the coal mining hollows in Kentucky.

We don’t yet know the air dates for her appearances. 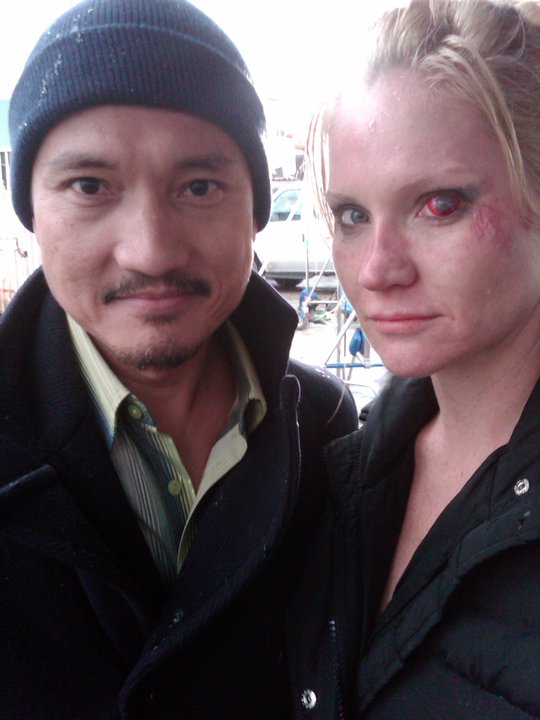