New poster from Ryan Kwanten’s upcoming film “The Effects of Blunt Force Trauma” with Mickey Rourke. The film is currently in post production and is expected to be released sometime in 2015.

Synopsis: From cockfighting rings and train yards, to basements and barns across South America, modern-day warriors put on bulletproof vests and duel one another in underground gunfights to gain riches and respect. It’s known only as the Game, and Zorringer (Rourke) is its elusive champion. Our hero, John (Kwanten), is looking for the ultimate duel with Zorringer while Colt (Pinto) is seeking revenge for the death of her brother. The two gunslingers travel from one shootout to another on a dangerous journey of love, violence, and clandestine battles. 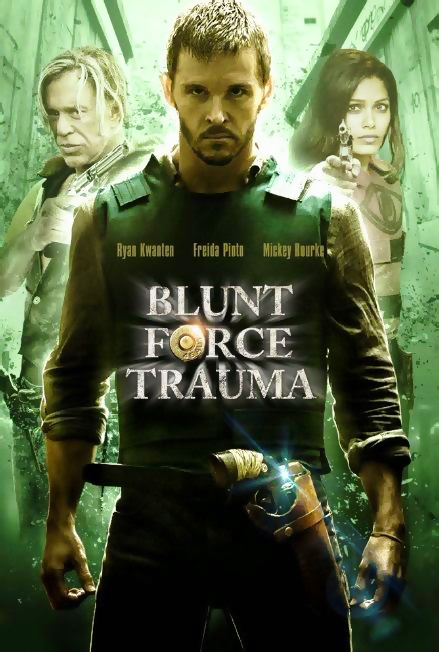