What an emotional episode. Many of our favorite Bon Temps residents experienced some form of loss. I can’t say that I’ve ever shed a tear watching True Blood until tonight. I guess after watching these characters evolve over 58 episodes I’ve become somewhat attached to them. That’s proof True Blood’s writers, directors, and actors are amazing.

Resistance is futile. Molly learned that the hard way. In an ultimate moment of irony Bill uses the istake on Molly. She met the true death at the hands of her own invention. Fighting to “save” Eric, Bill and Nora try to convert him once again. Eric is forced to drink Lilith’s blood. Nora joins him and they are soon hallucinating together. She expects to see Lilith but Godric appears. Eric admits he has failed to and pleads with him to save Nora. Godric warns them that Lilith is a godless god. He explains that he has evolved and that they must do the same. When Lilith appears behind Godric, Eric begs him to fight her. Instead of saving himself, Godric tells Eric and Nora that they must fight her. The pain on Eric’s face as he’s hallucinating Godric’s death at the hands of Lilith was heart breaking. After losing his maker again, Eric appears to have given up. He joins the Authority and pledges his allegiance to Lilith. It seems like his Viking spirit died with Godric. Eric’s apology and call for a truce seemed to set Russell off. After throwing Salome across the room, Russell makes his true feelings known. I knew it was only a matter of time before he blew up. Did Salome really think Russell was going to follow along and take orders? She obviously didn’t know who she was dealing with. I hope that Eric is just playing along too. He can’t really be joining the dark side. 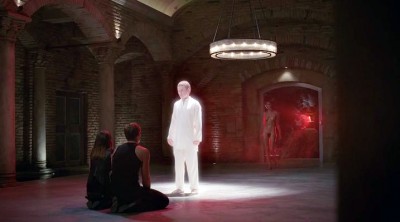 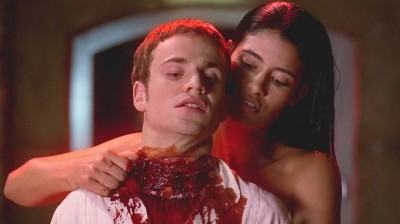 Hoyt leaves his troubles behind

After recovering from his run in with the hate group, Hoyt is ready to move on. He’s leaving Bon Temps for a job on an oil rig in Alaska. Maxine doesn’t take the news well. Jason and Jessica are shocked by Hoyt’s news too. Nothing could prepare them for what he asks Jessica to do. As one last favor and proof she loved him, Hoyt asks Jessica to glamour him. He is unable to deal with his broken heart and feelings of betrayal. Hoyt needs them erased from his memory so that he can move on with his life. Jessica reluctantly agrees knowing that she will lose her first love. Jason has a hard time accepting that his best friend will no longer be in his life. 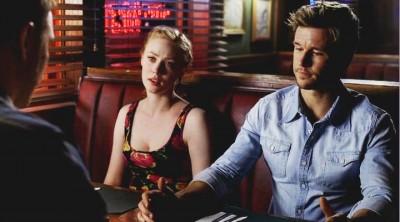 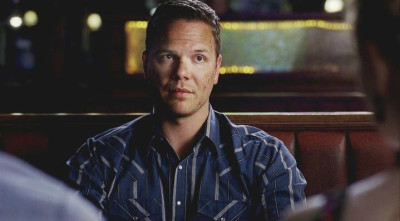 The hunt for Emma continues

Learning Emma has been taken by Russell and Steve Luna is understandably angry. When no one will help her, she and Sam take matters into their own hands. Learning Steve will be in New Orleans, they fly there to meet him. Using their shifters skills, Sam and Luna sneak into Steve’s dressing room. Before finding any evidence he returns. Sam and Luna shift into mice and stow away in Steve’s bag. Once he returns to the Authorities head quarters Sam and Luna are able to sneak out. 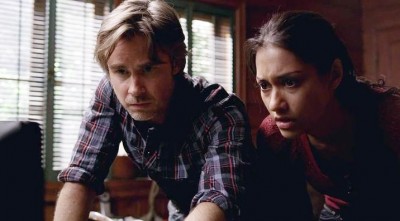 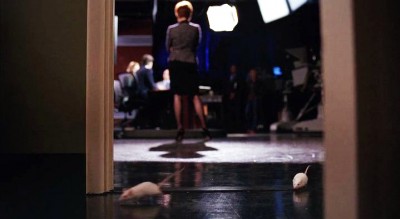 Elijah is taking his new job as sheriff of area 5 seriously. He’s also getting a kick out of bossing Pam around. She is not happy about the changes he’s trying to make at Fangtasia. He tells Tara and Pam that the Authority has ordered 30 new baby vampires in area 5 by the end of the year. If they don’t comply Elijah will take possision of Pam’s assets including Tara. She refuses to be told how and when to make a vampire. Pam would rather live life on the run than let Elijah take Tara. Feeling sorry for Pam and being the fighter that she is, Tara isn’t going to run. She plots to get rid of Elijah with the help of Ginger as bate. Elijah comes to Fangtasia to help Tara with a making gone wrong. Once he’s distracted Ginger stabs him and Tara decapitated Elijah. Pam walks in and looks less than happy. 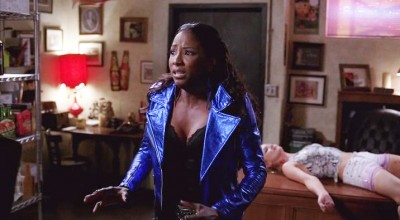 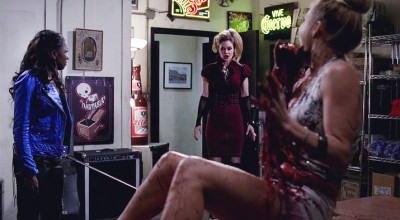 Deal with the devil

Jason doubts Sookie’s detective skills and takes matters in his own hands. After moving Gran’s bed he begins looking for clues. Discovering a loose floor board he finds a velum containing ancient writing. When the university can’t help them, Sookie and Jason realize they need someone much older than them to read the document. They go to the faeries for help. Claude is unable to read it as well but Maurella is able to. Maurella is the Fae Andy had sex with in the woods. She is undeniably pregnant. Does that mean Andy is going to be a daddy? Maurella tells Sookie and Jason that the document is a contract. John William Stackhouse entered into an agreement with Warlow granting him the first fae baring female heir. Sookie is that heir. 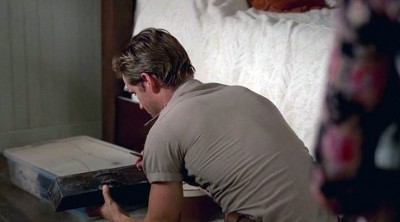 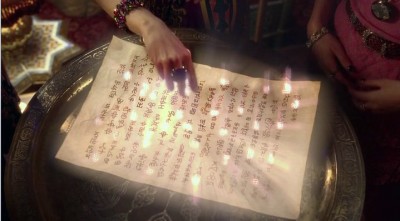