Random Thoughts True Blood Season 6.01 “Who Are You Really?”

After 10 months of waiting for True Blood Season 6 to return I counted down the hours until I could see my favorite residents of Bon Temps.

I’m happy to say the premiere didn’t disappoint. Stephen Moyer directed a fantastic episode. It was one of the most nerve racking episodes of the series. I was on the edge of my seat!

RIP Luna
I was sad to see Luna die. I thought that she and Sam made a great couple. The first time Luna shifted into another person it almost killed her but a mother will do anything for her child. Her decision proved to be fatal. Poor Emma, first she gets kidnapped by Steve Newlin to be his pet and then she witnessed her mother’s death. She seemed to be in shock as she clung to Sam. My heart went out to her. Sam’s world was turned upside down in an instant. He not only lost the woman he loved but he now has to keep her daughter safe. 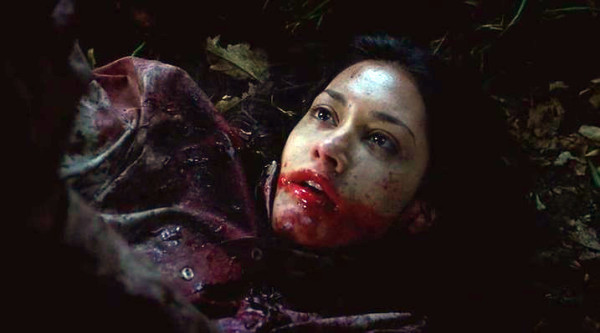 This means war
The governor has backed the vampires of Louisiana into a corner. He has set a curfew that essentially holds all vampires hostage indoors. Governor Burrell also ordered all businesses run by vampires be shut down. He all but declares war on the Vampires. The Governor then meets with the True Blood company executive in secret. He proposes joining them in a silent partnership. His claim is that he’ll give the company a bottling plant, which is owned by the state, free of charge for the sole purpose of creating non human food for vampires. I don’t believe him for a second. 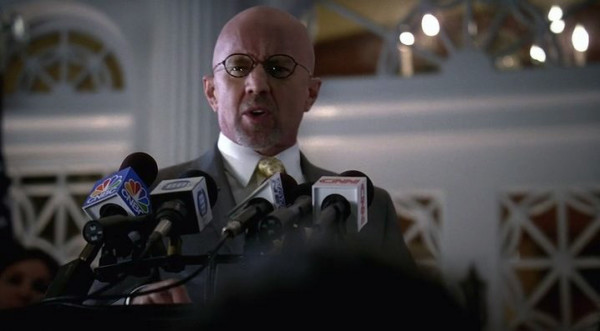 Stranger Danger
Was Jason absent from school that day? Hitchhiking is always a bad idea. What was he thinking? You would think after everything Jason’s been through he’d be a little more cautious. Something happened to Jason after being blasted with a fairy ray. He hasn’t been the same ever since. Maybe that’s why he felt it was okay to spill his guts to the stranger. I knew the old man that picked him up was trouble. I just didn’t expect to be introduced to Warlow, Lilith’s progeny in the first episode. When he reveled himself to Jason I almost jumped out of my seat. 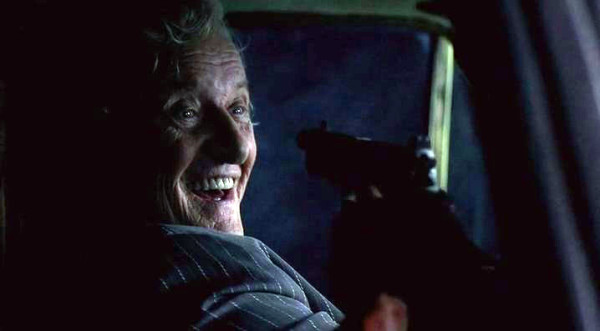 Back to normal
Sookie seems to have had a revelation after staking Bill to save Eric. I was a little surprised that she would sacrifice Bill. When Sookie said she felt him die she meant it. It seems like she doesn’t consider the man she stabbed to be Bill. Once Eric has escorted Sookie home they have an intimate moment reminiscing about the day they met. He recalls her innocent days when she was just a waitress. Eric signs over the house giving it back to Sookie, his love for her still evident. Sookie’s had her fill of Vampires and drama. She tells Eric of her desire to have her life back and resends his invitation to her home. 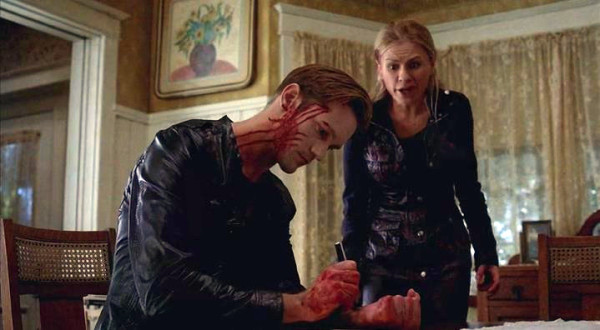 Bill’s back?
I was a little surprised when we see Bill back at his house. I expected him to spend the season naked and covered in blood. At his home Bill seems to be calmer and more reasonable than he was at the Authority. Dare I say he appeared to be back to his old self? Although he made it clear that if he was attached again he would fight back, Bill didn’t try to harm Sookie when she staked him. Jessica decides to stay with him but I think she isn’t buying into his daddy dearest act. She’s clearly nervous around Bill and seems leery of his confused act. I have a feeling we’re about to see a whole new side of him now that he has been inhabited by the 3 naked blood soaked women. 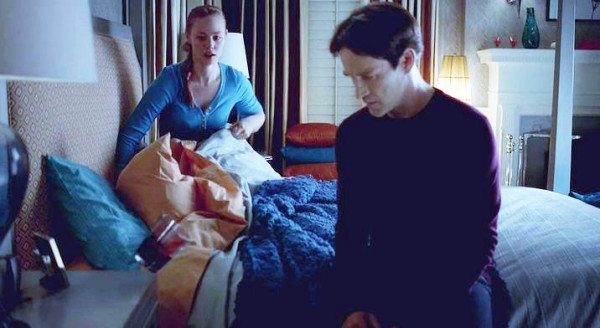 Is it Sunday yet?