Below is the next “Scratch the Surface” EJ Podcast. EJ has as his guests today True Blood’s Riley Smith (Keith) and Craig Chester (writer). 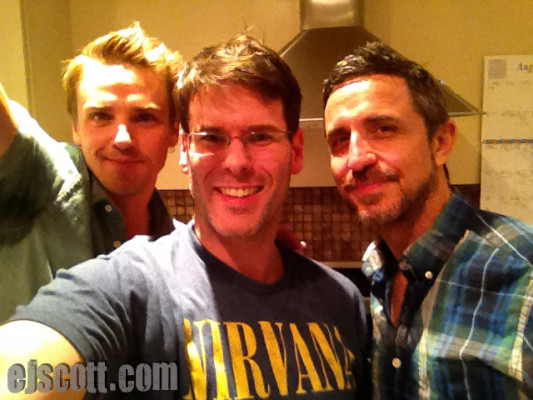 Riley Smith and Craig Chester are both newbies on the final season of True Blood. Craig wrote two of the episodes (eps 5 and 7) and Riley appears in many of the episodes as Keith a vampire who gets involved with a main character of the show.
We talk about how they each got the job on True Blood, and each of them discuss:

Please share with your friends on social media or any other way.

Also, be sure to listen to EJ’s other podcasts because those are pretty amazing also.

For more information about the CRF visit curechm.org or EJ’s website ejscott.com.

You can support the fight for sight with a donation.

You can also donate directly and safely to the Choroideremia Research Foundation by credit card or Paypal using the PayPal button here below. Donations are tax deductible for US residents.