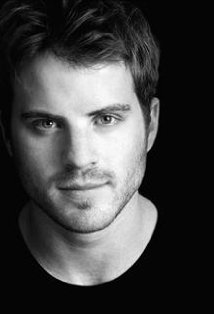 True Blood’s Rob Kazinsky, Warlow, spoke with Access Hollywood and he told them that he is all anxious about how fans are going to react to the show’s Season 6 finale, airing on Sunday.

“I’m nervous,” Rob said, when asked if he was excited for fans to see the showdown. “There’s a lot happening this Sunday, especially with Warlow and Sookie.”

And the action will be even more surprising/provoking than Warlow and Sookie’s [Anna Paquin] infamous faerie-world cemetery romp.

“It’s lot worse than that. There’s a lot of scary things that have to happen this Sunday to tee us up for next season,” Rob explained. “It’s been a fairly action-packed season – we’ve already lost a lot of characters and we’ve seen a lot of gore. There’s been a lot of crazy stuff and we have one more episode to finish everything off and I think it’s the most action-packed episode of the season.”

Fans may want to keep one of Lafayette’s hankies nearby to dry their eyes during the finale, as Rob said the show will lose more than one character on Sunday (after already having lost Todd Lowe’s Terry Bellefleur and Michael McMillian’s Steve Newlin this season).

Oh No, not more cliffhangers!  Let’s just hope its not as crazy as last year’s ending.