Below is a special Halloween article, written by guest writer, Brandon about True Blood’s vampires and their contribution to the vampire genre.

Enjoy and, Happy Halloween everyone!

True Blood’s vampires aren’t the evil, soulless monsters of a century ago, only out for themselves and worried about nothing so much as their next meal. What HBO brought to the table with their massively popular series was a humanized version of these mythical creatures that had viewers craving for more week after week and boosting HBO’s subscription numbers in the process (you can easily join those numbers by contacting your television provider and signing up for HBO or HBOGo, even without a cable box). These vampires are nightclub owners, they’re sensitive beings looking for commitment, and they’re trying to be good people, just like you and me. How did this happen? What has changed so much that instead of being villains in horror movies, vampires can be central figures in a prime time TV show?

Basically, we aren’t afraid of them anymore. Comedies such as Buffy the Vampire Slayer (the movie) showed us it was OK to laugh at vampires. If a teenager could make pithy one-liners while slaying vampires and be more concerned about whether she broke a nail than about the horrors lurking in the shadows, is there really anything to worry about? Buffy’s TV series taught us they might not be as dangerous as we’d thought, and we learned through Angel that not all vampires are villains. Instead, they are dreamy heartthrobs who just want to protect the human race and atone for past sins. Angel’s hellish history makes Bill Compton’s family issues look downright tame. Who doesn’t bring a little baggage to a relationship, anyway? 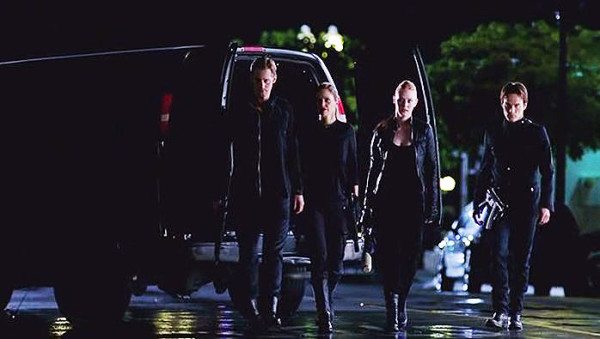 It also helps that vampires don’t need to drink human blood anymore. Interview with the Vampire brought us Louis, who retained enough of his humanity that he would rather prey on rats than kill a human. Similarly, True Blood introduced vampires with no more need to prey on humans at all due to the synthetic blood they could now live off of, allowing vamps to go back to living basically normal undead lives and free to pursue relationships with mortal men and women.

Weird? Probably. But it doesn’t seem like it, since the last few decades gave levity to the subject as well as giving vampires more complexity, depth, and morals. Bela Lugosi’s Dracula may have been evil and something to fear, but the late 70s came out with a string of game-changing stories about vampires, including George Romero’s 1976 movie Martin; Werner Herzog’s 1979 Nosferatu remake, Nosferatu the Vampyre; John Badham’s 1979 version of Dracula starring the sexy, lithe Frank Langella; and Stan Dragoti’s 1979 Love at First Bite. These movies all made their mark on our conception of what it means to be a vampire. Martin showed us a likable, shy vampire who went through a lot of trouble to make sure his victims didn’t feel any pain. He was pretty sweet, really, in a sociopathic kind of way. Herzog’s Nosferatu let us start to imagine the loneliness of immortality without love. Langella as Dracula gave us the concept that maybe this whole vampire thing was pretty sexy and not necessarily a bad thing, and Love at First Bite took it even further with a heroine who actually chose to become a vampire instead of remain mortal. 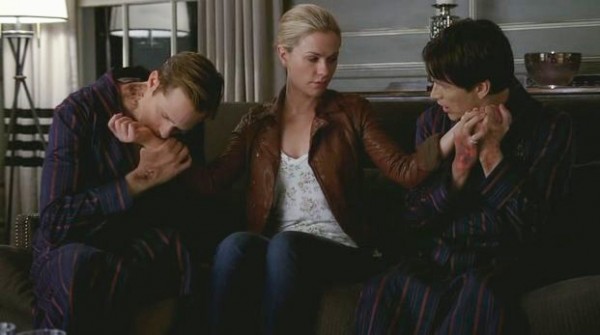 By the series premiere of True Blood in 2008, we were ready to accept that Bill Compton and Eric Northman were serious contenders for Sookie’s love. Years of TV and cinema treated the vampire as an increasingly fascinating, human, moral, sexy character with needs and desires all its own. The vampire is the ultimate bad boy we want to fix, and the person who can manage to do it might spend eternity beautiful and rich. Next to that, does it really matter that much that a vampire’s glass is full of True Blood instead of a nice merlot?

Brandon Engel is a horror enthusiast, multimedia artist, and blogger based in Chicago. Among his favorite authors are: Clive Barker, Bram Stoker, H.P. Lovecraft, and Stephen King. Follow him on Twitter: @BrandonEngel2

Latest posts by Brandon (see all)

Brandon Engel is a horror enthusiast, multimedia artist, and blogger based in Chicago. Among his favorite authors are: Clive Barker, Bram Stoker, H.P. Lovecraft, and Stephen King. Follow him on Twitter: @BrandonEngel2