Deborah Ann Woll and EJ Scott will be appearing at a screening of Ryan Suffern’s documetary, “Running Blind,” which is about EJ’s running of 12 marathons in 2012, in Malibu, CA. The film will be shown at the Dan Eldon Center for Creative Activism on August 20, at 7pm.

If you’re in the area and can attend, I strongly recommend it; it’s an awesome film!

To learn more about the event and purchase tickets, go to: creativevisions.org

Below is the poster for the event. 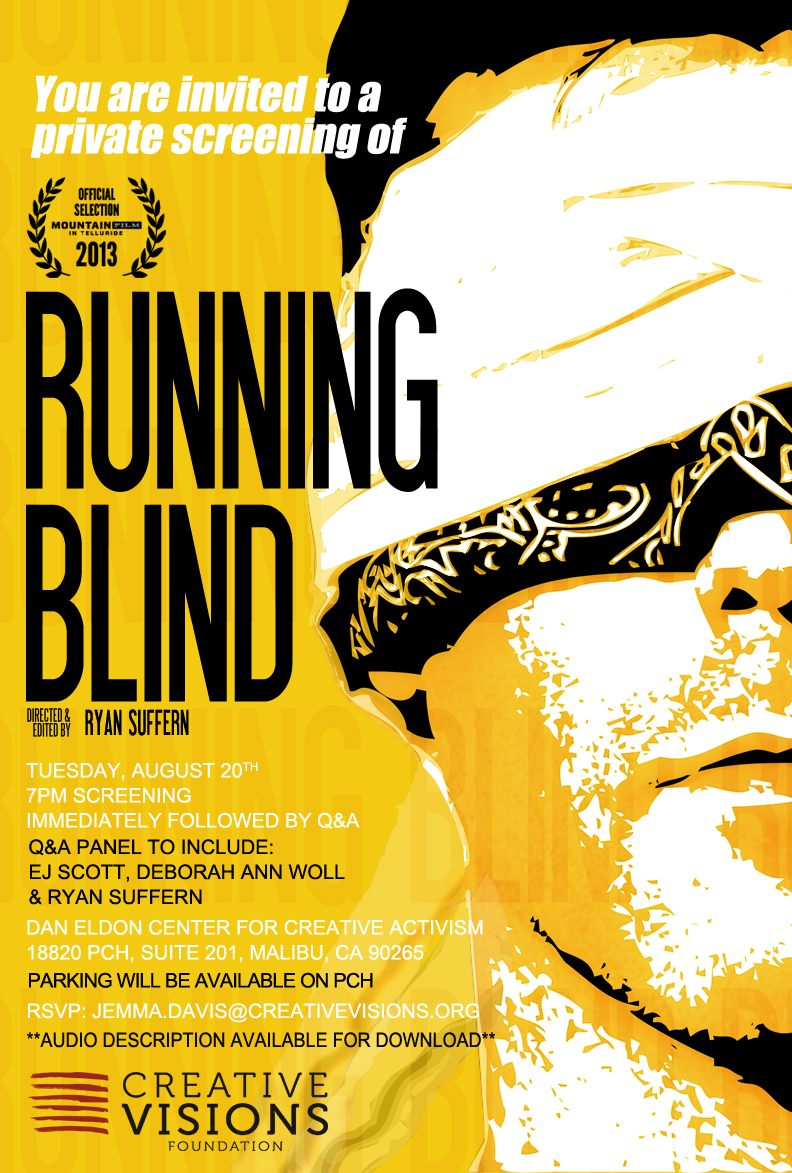