Rutina Wesley has been cast in “Arrow” 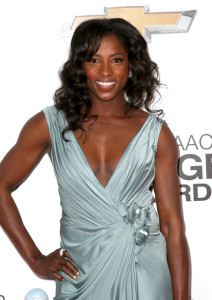 She joins other recently announced stars like “Teen Wolf” actor JR Bourne, whom TheWrap reported exclusively was taking on the role of DC comics villain Double Down on the show, for the popular CW series’ fourth season.

Neal McDonough has also joined Season 4 of “Arrow” to play the villain Damien Darhk, while the new season will also welcome Echo Kellum as Mr. Terrific and Alexander Calvert as Anarky.

“Arrow” returns for its fourth season October 7 on The CW.